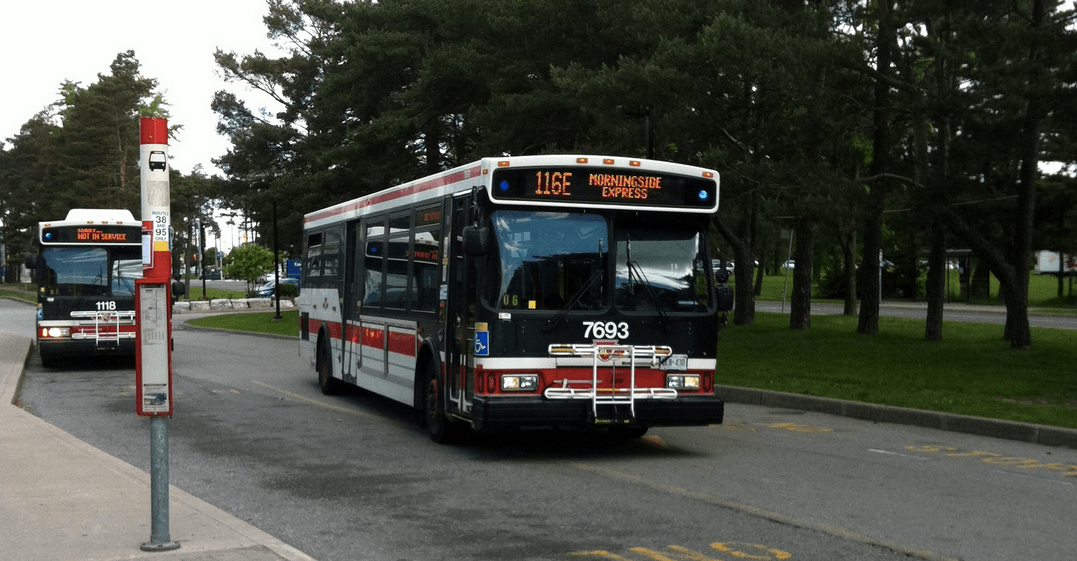 A similar TTC bus is being donated / TTC

A retired TTC bus will be a serving as a mobile hygiene home for Toronto’s homeless.

The TTC confirmed that a local resident has requested a recently retired bus, and will be receiving it as a donation from the transit agency.

“So the TTC has approved my request for a bus to be converted to a mobile shower and laundry unit for the homeless,” wrote Deborah Daniel in a Facebook post. “I know there is a real crisis for emergency shelters in the city but providing a safe space where the homeless can take a shower, brush their teeth, have access to clean clothes and toiletries is also important and honestly, the best I can do right now.”

Daniel shared her plan to start her Hygiene on Wheels (HOW) initiative, which she hopes will make a difference in other people’s lives. She started a group that will work on the efforts to retrofit the TTC bus to a functioning mobile system.

The #7423 bus was used in Scarborough before it was retired, and relocated to the TTC garage.

TTC spokesperson Stuart Green told Daily Hive that they get as many as five requests for bus donations a year, “and when we can, we are happy to help out,” he said.

The requests are reviewed by the TTC’s CEO, and when they do have them available, the donation buses are given away in running order, although not road certified. Towing and certifying it is up to the recipient.

Green said that the TTC received Daniel’s first letter of request in August, and from there they found a vehicle that she could use.

Daniel estimates the launch of the bus service will be in late spring to early summer.

“This initiative will require some funding. HOW will be registered as a nonprofit so we can apply for grants but we are also seeking company sponsorships and we’ll be hosting fundraisers as well,” said Daniel, whose initial post has been shared and liked over 3000 times.

“It takes a community to make something like this happen so if anyone wants to volunteer from time to time, please let me know,” she wrote.

And the TTC hopes the bus will continue serving the community.

“This bus has served us very well,” said Green. “It’s been in our fleet since 2003 and it sounds like Deb has a great plan and we hope it continues serving people for years to come.”