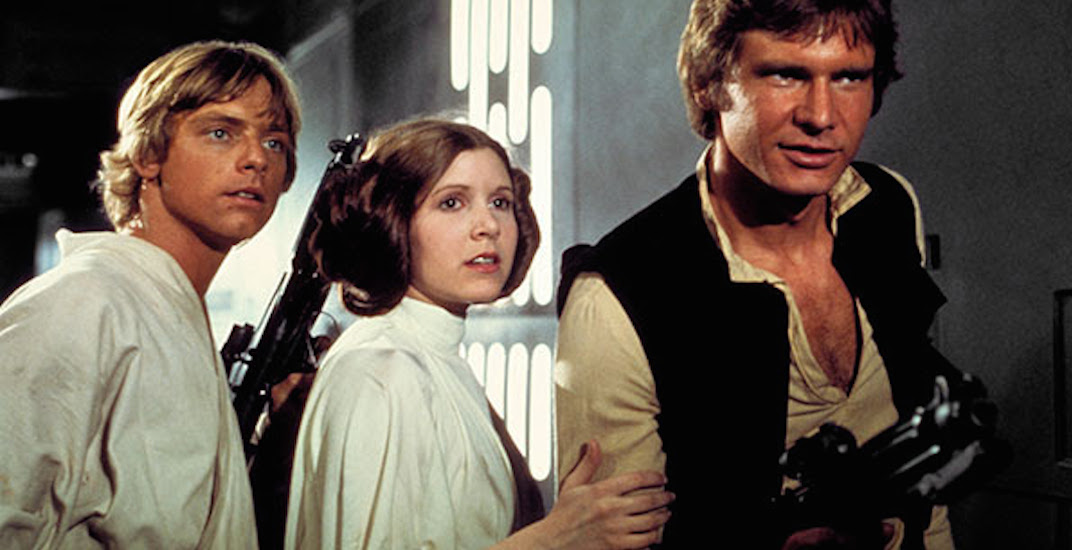 If you’re a fan of Star Wars (and seriously, who isn’t?), we’ve got exciting news for you.

The 1977 classic film, Star Wars: Episode IV A New Hope, will be hitting the big screens in Toronto this winter for a very special performance with the Toronto Symphony Orchestra.

One of the most thrilling science fiction adventures ever made features renowned composer John Williams’ iconic score and you can watch it performed live to picture at the Roy Thompson Hall this January.

Get ready for an epic journey as the film transports you to the desert planet of Tatooine, where Luke Skywalker joins forces with a Jedi Knight, a cocky pilot, a Wookiee, and two droids to save the galaxy from the Empire’s world-destroying battle station, while also attempting to rescue Princess Leia from the evil Darth Vader.

If you’re looking for an adventure this winter, Star Wars: A New Hope in concert will run from January 23 to 26 at 7:30 pm.