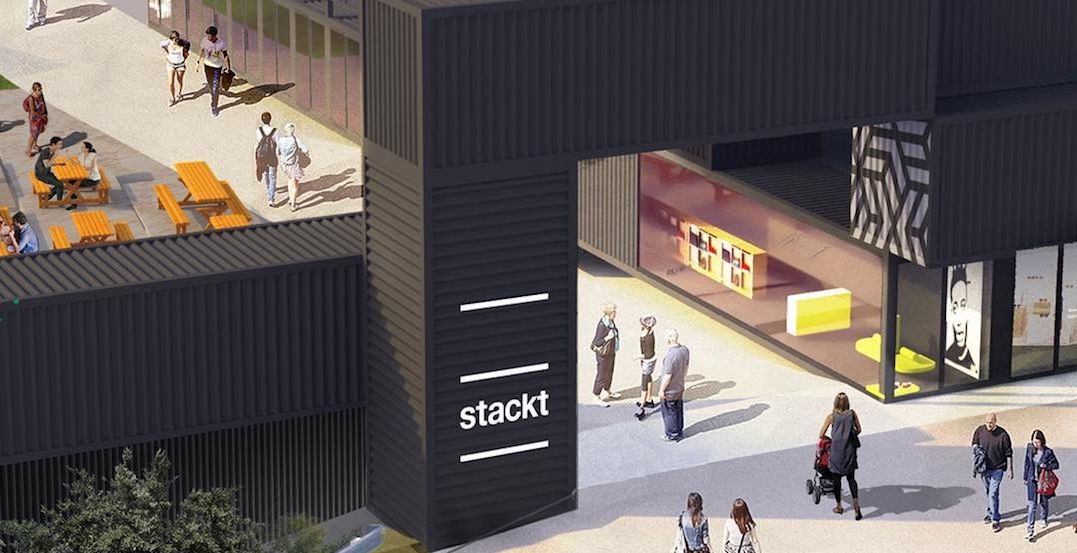 It’s almost time for Toronto’s shipping container market to lift its lid and open to the public.

While an official opening date hasn’t been announced, Stackt Market says its opening this April.

Located at a previously vacant lot at Bathurst and Front Street, the experiential market will cover 100,000-sq-ft of land and house a number of shipping containers that will serve as restaurants, bars and stores.

Leading up to the opening, Stackt has announced the first wave of residents coming to the market, which includes everything from a plant-based butcher to a temporary tattoo shop.

In addition to shopping, Stackt Market will have a food and beverage program led by on-site Belgian Moon Brewery that will feature experiences like a rotating chefs’ platform and selection of craft beer varieties alongside seasonal food pairings from Toronto’s greatest chefs.

Belgian Moon’s state-of-the-art brewery will allow the team to brew fresh, directly on-site. This means that small batches of popular variants available in the US, such as Mango Wheat, and new, seasonal recipes will be able to be produced.