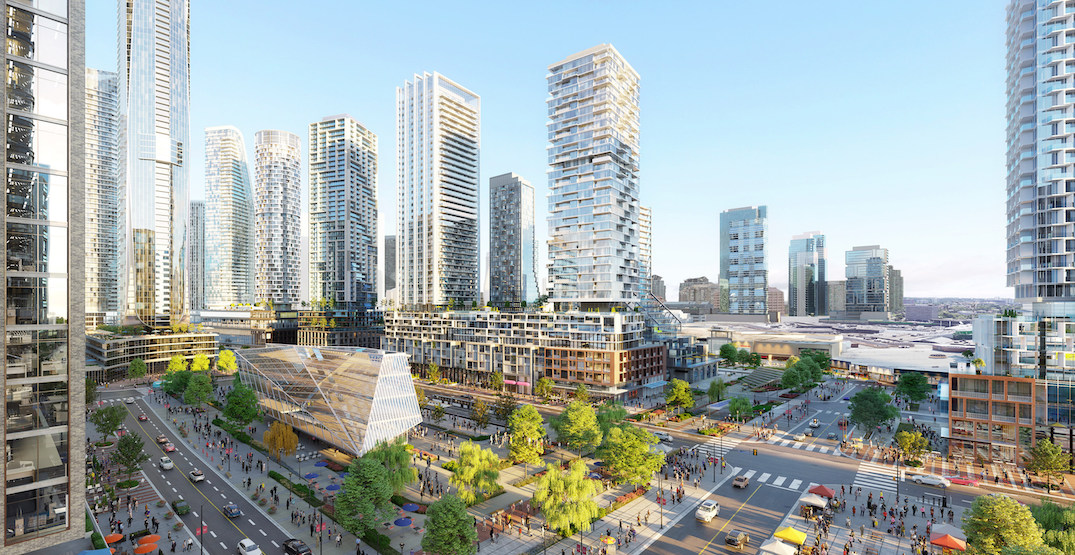 Plans were revealed on Tuesday that would transform the space around the Square One Shopping Centre in Mississauga into a sprawling community that the company is calling the “largest mixed-use downtown development in Canadian history.”

Self-described real estate investor, developer, and manager, Oxford Properties Group and Alberta Investment Management Corporation announced their plans to turn the 130-acres around the Square One Shopping Centre into an 18 million sq. ft., mixed-use neighbourhood, dubbed the Square One District.

“Square One District is a bold vision to repurpose underutilized land in the heart of downtown Mississauga to create an entirely new mixed-use urban community,” said Eric Plesman, executive vice president and head of North America for Oxford Properties, in a release.

“Our ambition is to build a community more than 35,000 people will be proud to call home. This new community will support employment with world-class office space to help businesses grow while maximizing the positive impact of new transit being developed in Mississauga. It will be a place where business, life and leisure can come together as one.”

The shopping centre brings an estimated 25 million visitors a year and has seen more than $500 million in improvements over the past five years. 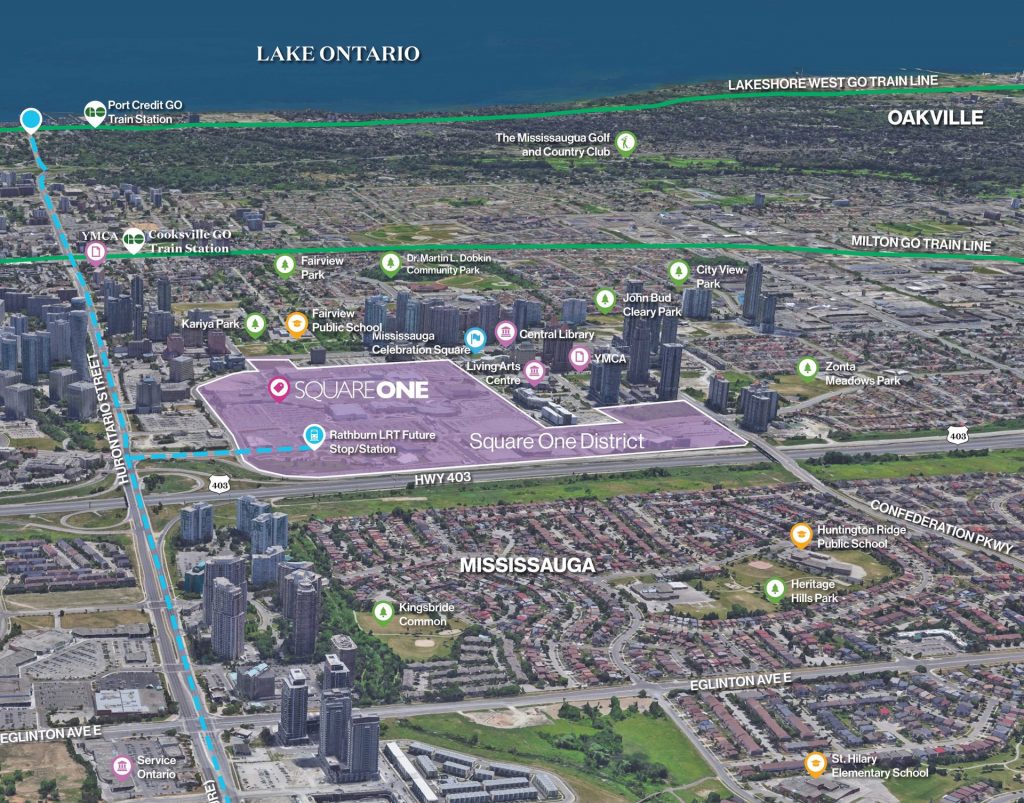 The residences would also connect to the Hurontario LRT, a transit line meant to link Brampton and Mississauga together; Metrolinx estimates it will be completed by 2024.

The first phase of the housing, two residential towers, will be built by The Daniels Corporation. The properties will contain a total of 402 rental apartments and 575 condominium suites.

Both The Rental Residences and The Condominiums of Square One District are “36 and 48 storeys respectively with construction to start in Summer 2020.” The buildings will be located at the southeast corner of Rathburn Road and Confederation Parkway.

The coming district also includes a space the companies have titled The Strand, a pedestrian-friendly area connected to the coming transit hub and a community park, placing residential, retail and office properties closely alongside public amenities. 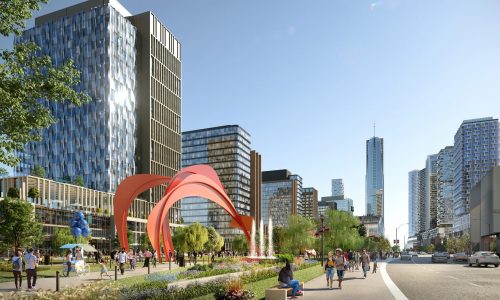 “This is a real opportunity to deliver a walkable, downtown district in Mississauga that gives residents and workers an exceptional array of destination retail, food and entertainment options. Square One District is about creating a true mixed-use community,” said Mark Cote, Oxford Properties’ head of development in Canada.

Construction is expected to begin Summer 2020.