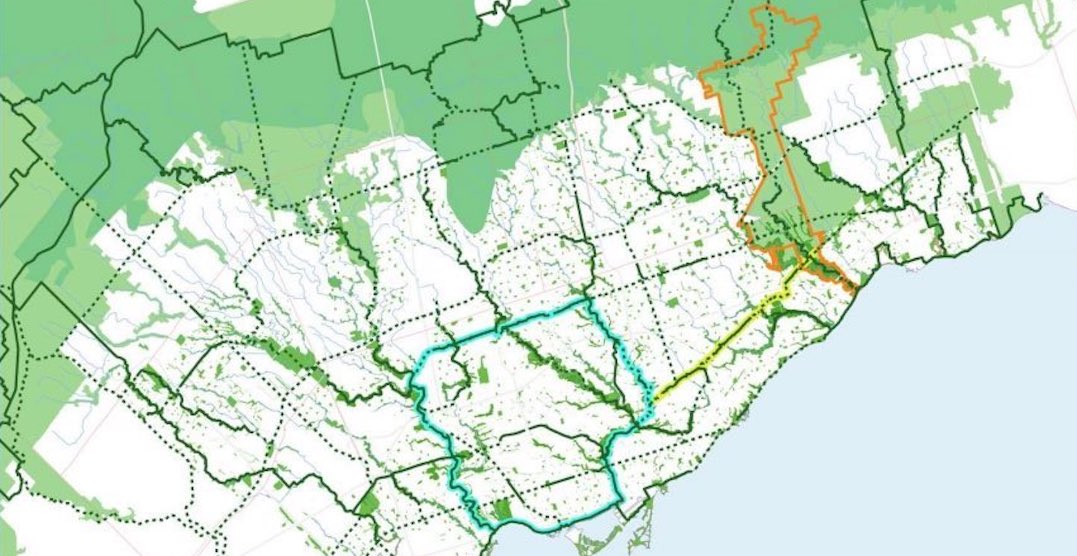 A proposal for a continuous, 81-kilometre, off-road, multi-use ring trail is going to Toronto city council this week.

In partnership with Evergreen and the Toronto and Region Conservation Authority, the Loop Trail would knit together nearly one third of the city’s ravines — which extend over 300 kilometres and 11,000 hectares, and cover 17% of the city’s land area.

As part of a greater Ravine Strategy proposal, the Loop Trail is a small portion of the action being suggested towards preserving and appreciating one of the largest ravine systems in the world.

It would also connect to and support the Meadoway; the continuous, multi-use trail that will ultimately link downtown Toronto to the Rouge Urban National Park, allowing for travel between the two without leaving nature.

Last week, we announced The Ravine Strategy Implementation Report, which includes a plan to build The Loop Trail – an 81-kilometre off-road, multi-use ring trail that will knit together multiple ravines, travel through 22 of the City’s neighbourhood improvement areas. pic.twitter.com/DeyCs0A2yH

The report aims for implementation over the next 10 years. Recommendations for action include an additional $2.7 million annually towards enhanced services for ravine litter collection and invasive species control, and additional funding of $104.9 million to upgrade 10 Priority Investment Areas in the ravine system.

Mayor John Tory has expressed his desire to fast-track some aspects of these recommendations, so that some environmentally-pressing concerns are more promptly addressed.

“While the report recommends investing in increased litter pickup and further combatting invasive species in our ravines starting in 2021, I will be working with my city council colleagues to fast track this in the 2020 budget process,” Tory said in a release.

“I will also be working hard over the next year to make sure we fund the increased capital plan for our Ravine Strategy through a combination of city funds, funds from other orders of government who are equally dedicated to investing in the environment, and donations.”

Additionally, the report recommends launching a ravine fundraising campaign and a Ravine Campaign Leadership Table to push forward two initial projects: the Loop Trail; and the establishment of an “InTO the Ravines: Nature at your doorstep” micro-grant program.

The document suggests requesting funding from other orders of government to fund implementation of the Ravine Strategy, and the creation of a ravine unit within the Parks, Forestry and Recreation division.

According to the report, ravines contain 87% of Toronto’s environmentally significant areas, forests and wetlands, and many varieties and significant species of plants and animals.

“Climate change of course, is a global phenomenon, but much of the work that needs to be done is local, and that’s why investment in ravines is important,” said the mayor.

“It isn’t about just recreation and about just being able to be proud of the state that ravines are in but of course, they contribute — massively, given all the trees and other features of those ravines — to air quality, and as a habitat for many different forms of wildlife who call Toronto home.”

The city’s Ravine Strategy — which understands Toronto’s ravine system as a natural, connected sanctuary essential for the health and well-being of the city — was adopted by city council in October 2017.

Its main principles are to protect ravines and watersheds, invest consistently, create more opportunities for folks to contribute to ravines, connect people with nature, and celebrate the beautiful, essential system.

More about the strategy can be found here.