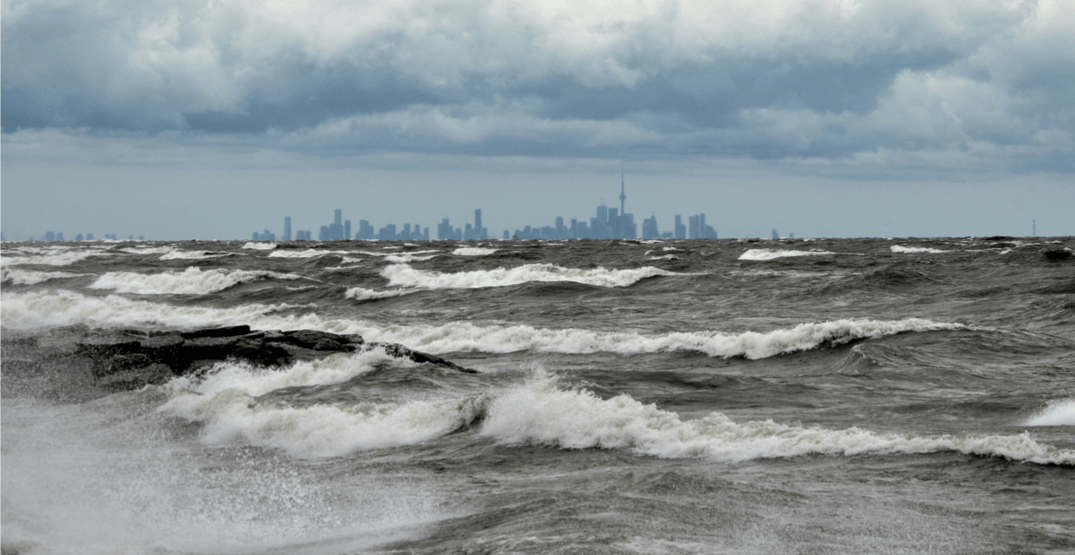 Toronto is forecast to experience some pretty severe rain and wind this weekend and a special weather statement has been issued.

Environment Canada predicts heavy showers and strong winds will head the City’s way on Friday night, and they may toss loose objects, snap tree branches, and cause flash floods.

Wet and windy weather will continue into Saturday, and could cause local power outages and water pooling on roads. Low-lying areas of the city could experience localized flooding, and areas near rivers, creeks, and culverts could get washed out.

Plus, the weather will also change the beat of its drums. Environment Canada predicts southwesterly winds are possible Saturday afternoon, while strong northwesterly winds are expected to set in by Saturday evening, especially along the coasts of Lake Huron and Georgian Bay.

The weather agency issued a similar special weather statement for Toronto on Monday, December 6, and blustery weather followed in the afternoon with light snow.

This time, special weather statements have been put out for 32 regions in South Ontario (including the City of Toronto). Other regions include Peel, Durham, York, Hamilton, Dufferin, Elgin, Ottawa, Barrie, Niagara, Waterloo, and Windsor, among others. Freezing drizzle is predicted for Burk’s Falls, Renfrew, Pembroke, and Barry’s Bay.

Northern Ontario is also bearing the brunt of the weather, with over weather warnings and special weather statements issued for 15 regions.