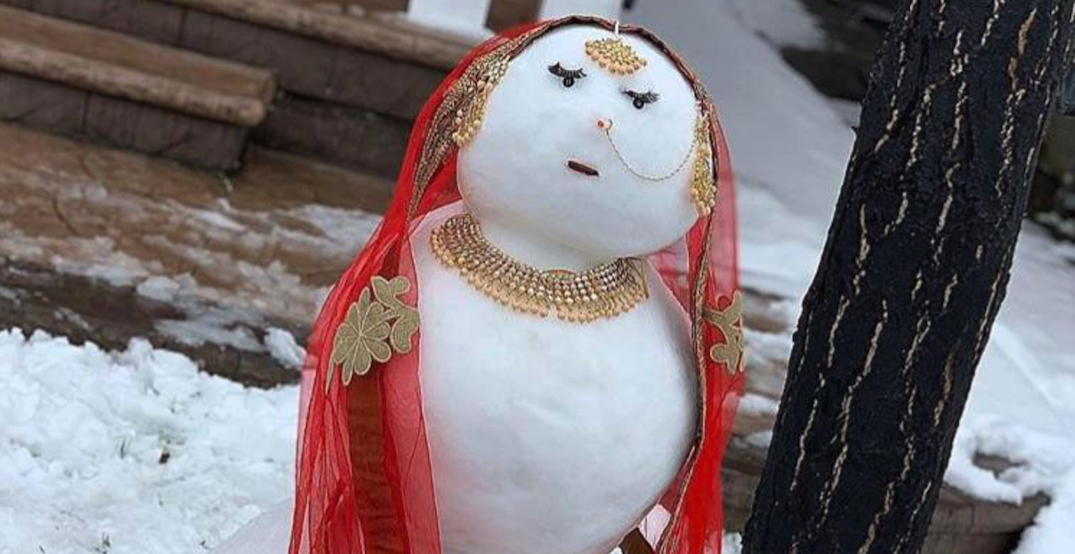 Nothing says winter in Canada like building a snowman… or snowwoman.

There is something special about spending time creating a masterpiece out of stacked, frozen balls. Whether it’s alone, or with family, these special moments reminds us of our childhoods, plus it’s a free, creative activity.

Being creative with our snowmen means finding props, from carrots to scarves.

And in Brampton, Ontario, one snow sculptor created a culturally inclusive masterpiece that rocks an awesome personality.

Decked out in lashes, jewels and a scarf, this badass snowwoman is everything we love about Canada… and that includes the snow.

Meanwhile in Brampton (taken from Weird Toronto) from r/toronto

The creation was shared in a Facebook group called “Weird Toronto” but was also shared on two Reddit channels, including Toronto and Brampton’s.

And as for everyone’s reaction, it’s pretty much unanimous.

“Forget Frosty the snowman we got Farah the snow Jatti up in here.”

Forget Frosty the snowman we got Farah the snow Jatti up in here pic.twitter.com/p4d7VZWqQN