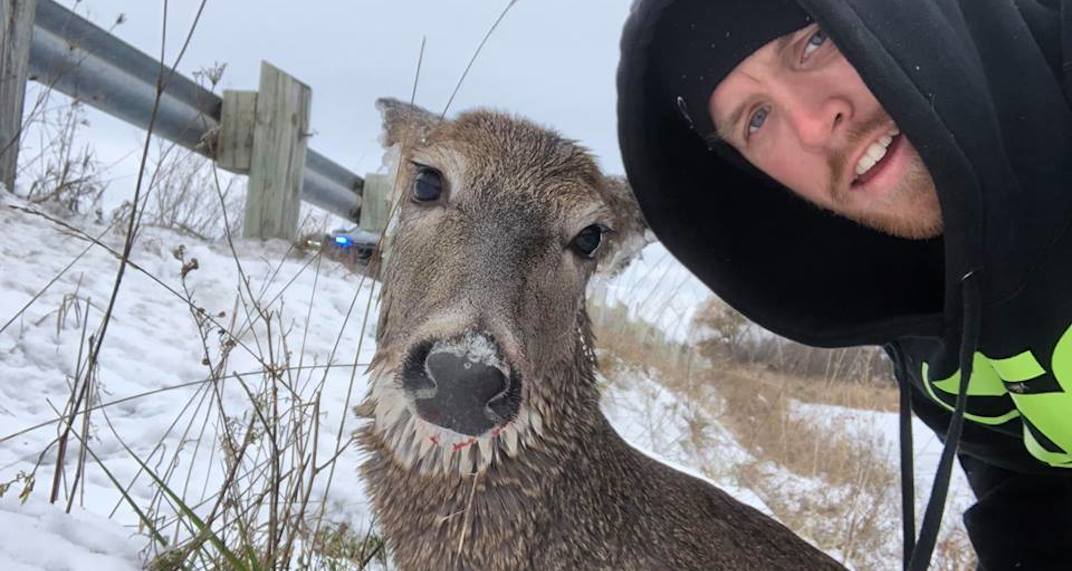 An Ontario couple is being praised after saving a small deer that was stranded in the middle of an icy river.

Stephanie and Thomas Christopher were on their way to Lindsay, which is just two hours north of Toronto, when they saw a white-tailed deer struggling in the middle of Omemee river.

In a Facebook post, Stephannie said the couple raced back home to get their boat to help save the stranded doe. 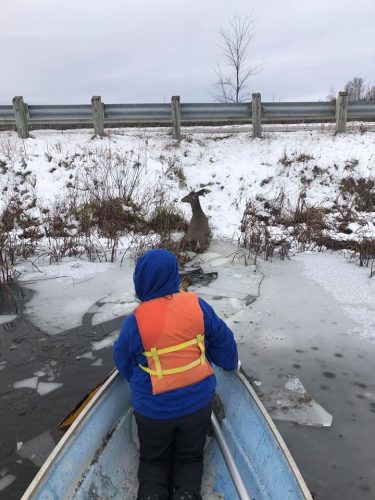 Stephanie says they paddled out to the stranded doe which initially tried to swim away. However, the deer ended up turning around and swam back to the boat and the couple was able to lift the deer’s front feet onto the bow of the boat.

“She hung on with him while I paddled back to shore,” said Stephanie. 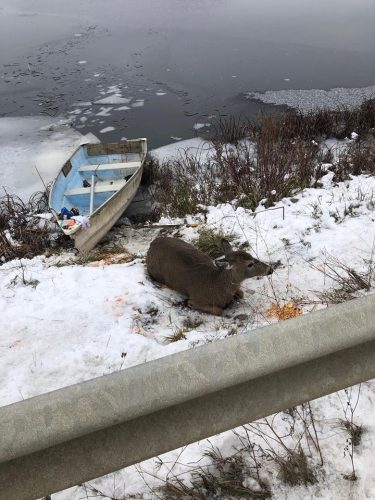 Once they reached the shore, the couple wrapped the exhausted deer in blankets and from photos shared on Facebook, the deer was able to regain its strength and eat some corn feed that someone dropped off. 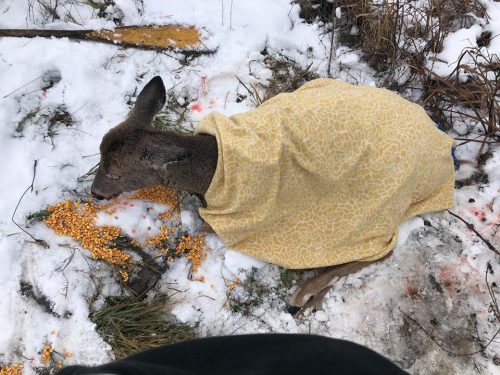 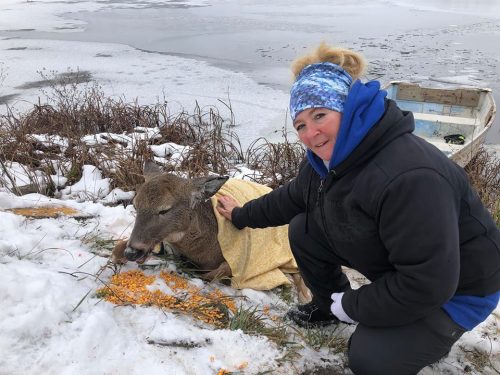 An OPP officer and an MNR conservation officer who happened to be in Omemee at the time also helped with the rescue efforts.

Stephanie said the entire rescue took almost four hours, and once the deer regained her strength, the couple released her at a nearby tree line.

Following the rescue, praise for the couple continues to pour in on Facebook, with many users calling them “heroes” and “amazing humans.”