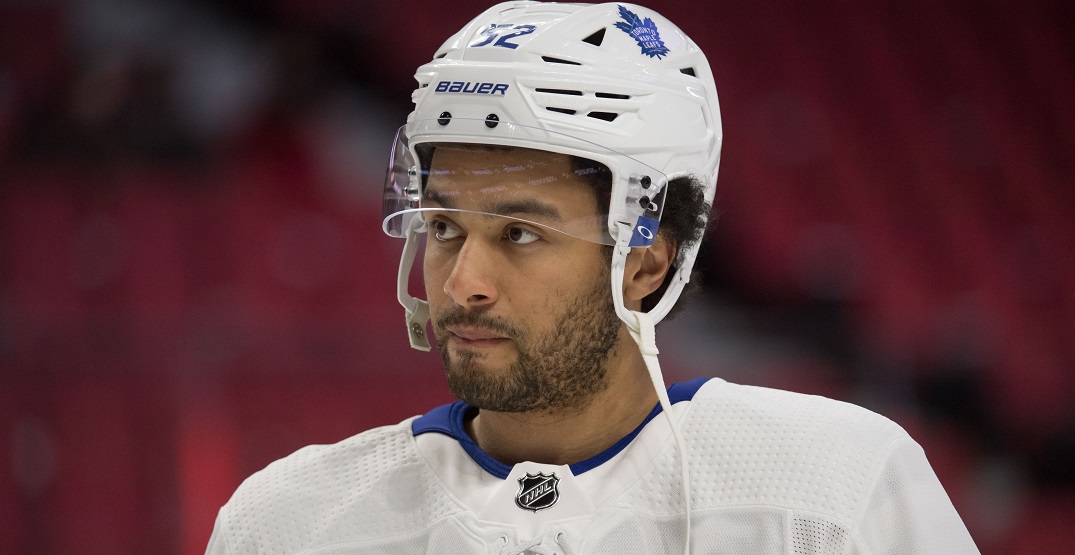 The Canadian Olympic men’s hockey roster has yet to be finalized, with NHL players pulling out from the games late last month.

The Athletic’s Scott Wheeler floated some names that are reportedly being considered as the “long list” for Canada’s team this year.

The most unexpected possible selection of the six is Leipsic, who is currently in the KHL with Magnitogorsk Metallurg. Leipsic played six games with the Leafs in 2015-16 and three seasons with the Toronto Marlies before eventually being claimed in the 2017 expansion draft by the Vegas Golden Knights.

After comments were leaked of a group chat Leipsic was in that included both misogynistic remarks and a pointed dislike of ex-Canucks teammate Jake Virtanen, Leipsic saw his Washington Capitals contract terminated in May 2020 in a move that was seen as the likely end of his NHL career.

Leipsic being rumoured by himself was a curious selection, given his off-ice history and recent absence from the North American hockey ecosystem.

But Virtanen, who was bought out by the Canucks last summer after a leave from the team following sexual misconduct allegations, was also among those Wheeler named as under consideration for the Olympic roster. Virtanen currently plays with Moscow Spartak of the KHL.

Both rumoured selections have already proven unpopular on Twitter.

Nothing says hockey is trying to do better about its shitty culture than Team Canada longlisting Jake Virtanen and Brendan Leipsic for the Olympics.

Ho-Sang is the only rumoured player still in the organization, as he’s currently under an AHL contract with the Toronto Marlies after a PTO with the Leafs earlier this year.

Cracknell was signed by the Leafs in 2018 but spent the season with the Toronto Marlies before being traded to Anaheim for Steven Oleksy. He currently plays for the AHL’s Bakersfield Condors.

O’Reilly spent 15 games with the Marlies in 2016-17 and has spent the last three seasons with the AHL’s Lehigh Valley Phantoms.

Winnik, who played 58 games for the Leafs in 2015-16, has spent the last four seasons with Switzerland’s Geneve Servette.

Franson, meanwhile, was a staple of the Leafs’ blue line from 2011-15 and is playing with the AHL’s Hershey Bears.

The full roster might look a little different though, per TSN’s Darren Dreger who added that players like Krebs, Perfetti, and Quinn are not believed to be eligible for the Games.

The long list is interesting, but also a bit deceiving as some of the players, in particular young players like Krebs and Quinn aren’t eligible according to Hockey Canada because of NHL contract status. I also asked the NHL about Perfetti and was told he wasn’t eligible either. https://t.co/fEAC3m2MFu

Canada is slated to kick off their Olympic journey on February 10 with a game against Germany while also playing preliminary round games against the United States and China.