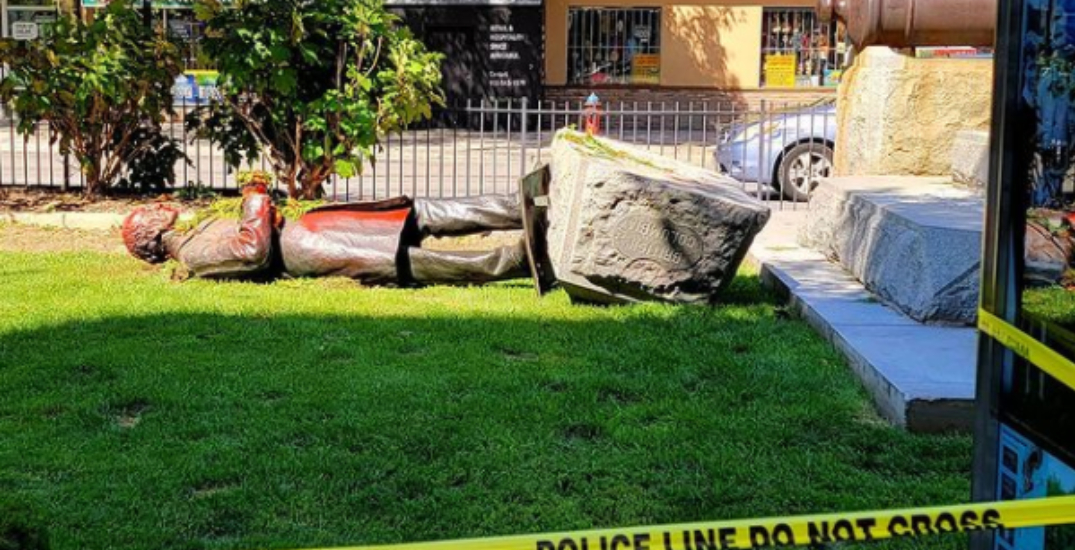 Police are investigating after protestors toppled a statue of Sir John A. Macdonald in a Hamilton park on Saturday afternoon.

Organized by members of the local Indigenous community, the rally was held to protest a recent decision by city council to keep a statue of Sir John A Macdonald in Gore Park.

According to police, someone scaled the statue of Macdonald around 2:15 pm and tied ropes around it, which were then “used to pull the statue down.”

“Once the statue was on the ground, further damage was caused using spray paint, a hammer, and a grinder,” police said.

Social media posts show the statue laying on the ground, covered in red paint with a yellow rope tied around its neck.

The crowd dispersed at 3:00 pm, and officers remained on scene until the statue was removed by the city.

Hamilton Police have released photos of four suspects they believe were involved in the incident. 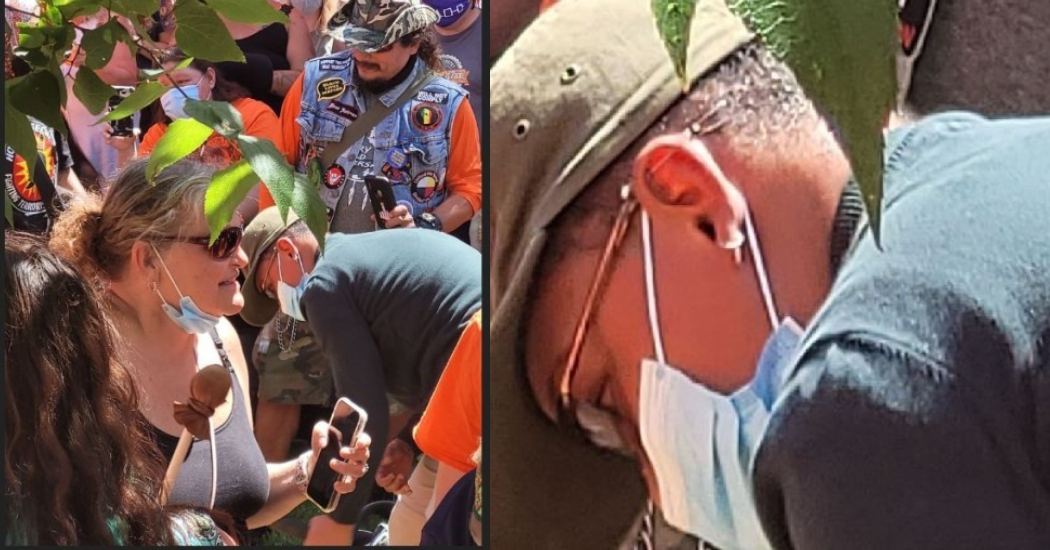 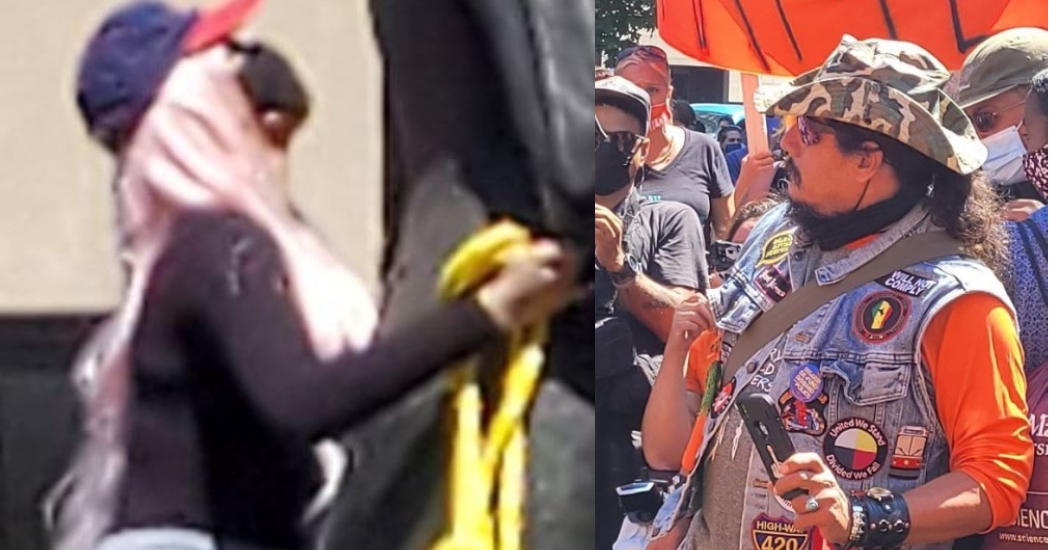 Police said they are speaking to witnesses and reviewing video evidence in an effort to identify the suspects.