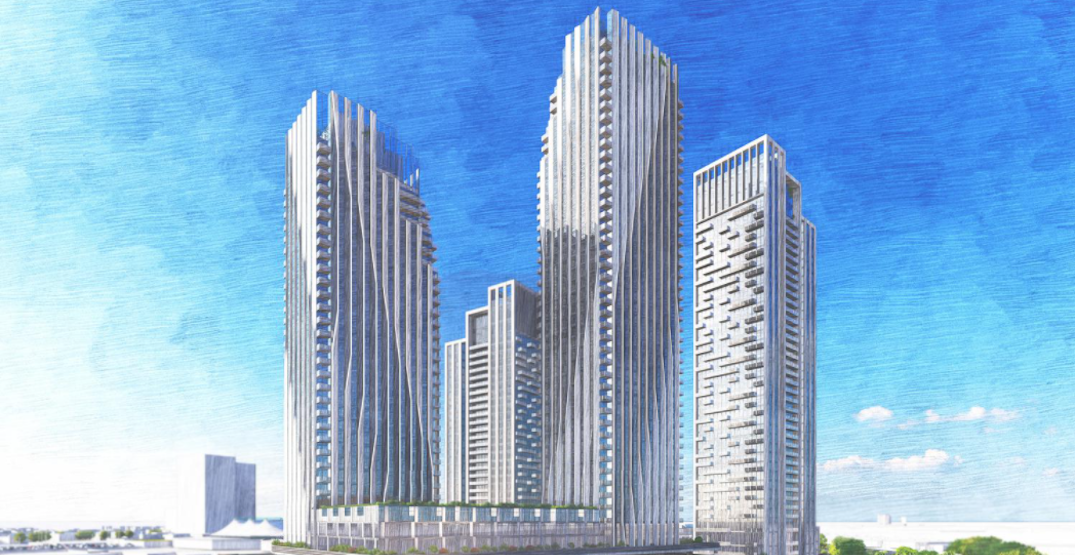 A massive multi-building development is in the works for Sherway Gardens, and owner Cadillac Fairview is looking to move ahead with an initial four towers.

Updated plans for the project came in early November, but recently released renderings give a sneak peek of what’s to come in the first phase of the gargantuan development.

The first phase of the project, going up on the north side of Sherway Gardens, will see the construction of two new condominium buildings and two residential rental buildings reaching from 30 to 45 storeys in height. The four towers, totalling approximately 1.28 million square feet, will have a combined 1,578 residential units, as well as retail space and amenities. 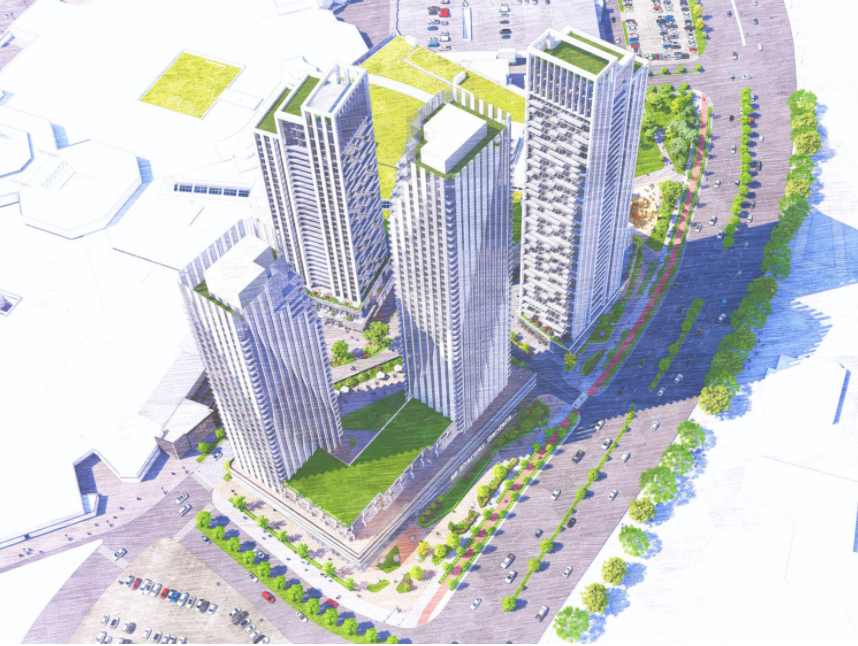 The towers will sit atop low- and mid-rise podiums containing both retail space and possible community space. Cadillac Fairview is also considering putting a daycare in one of the tower’s podiums.

Outside, there will be a 3,061-square-metre public park, a private urban plaza fronting onto an internal private drive, and a large landscaped zone along The Queensway. 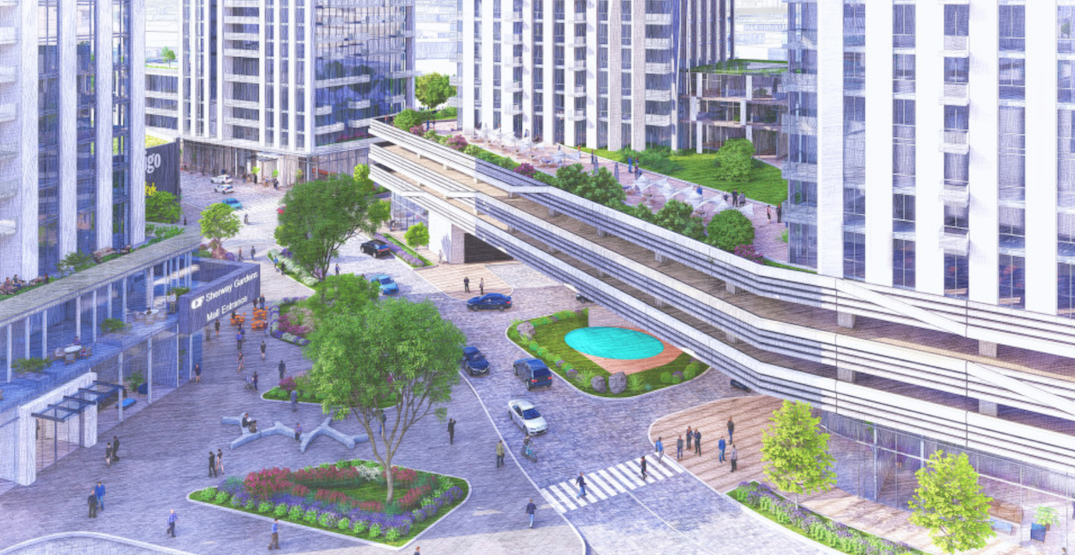 Although the mall will be retained as the new development goes up around it, the vacant portion of the mall that previously contained Holt Renfrew will be incorporated into Phase 1, with the ground floor of one of the towers connecting to a new mall entrance.

The planned second phase of the Sherway Gardens development, going up on the northeast corner of the site, will see the construction of several mid-rise podiums with towers above, housing 2,800 residential units, 10,000 square metres of office space, and 2,000 square metres of retail.