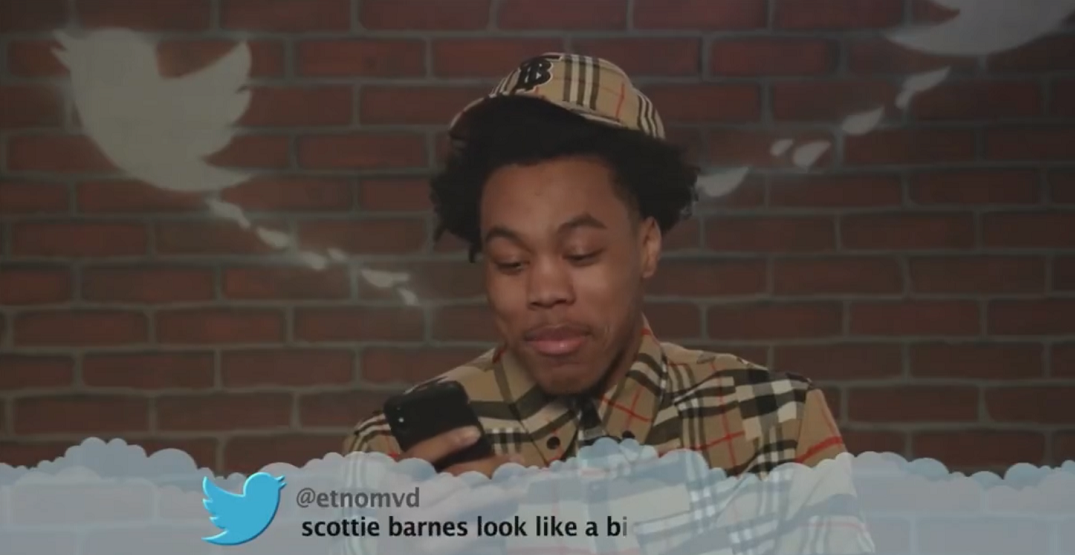 You’re not officially an NBA star until you catch a few mean tweets.

And by that metric, Raptors star (and NBA Rookie of the Year) Scottie Barnes has officially hit stardom.

On Monday night’s “Mean Tweets” segment of Jimmy Kimmel Live!, Barnes read off a tweet targeting him for looking a little younger than his age of 20.

“Scottie Barnes look like a big-ass middle schooler who ain’t hit puberty yet,” Barnes read off. “But I still got a baby face… a cute little baby face.”

Based on the group of players and the apparel they’re wearing, it looks like the bit was filmed at NBA All-Star weekend this past year, where Barnes competed in the Rising Stars Challenge.

In case you just want the Barnes portion for your records:

They did my boy Scottie Barnes dirty. pic.twitter.com/WulUb9EQGd

Barnes appeared last week at Game 3 of the NBA Finals, where he was taking in the sights and sounds as a social media correspondent for the league. Who knows where we’ll see him pop up next?