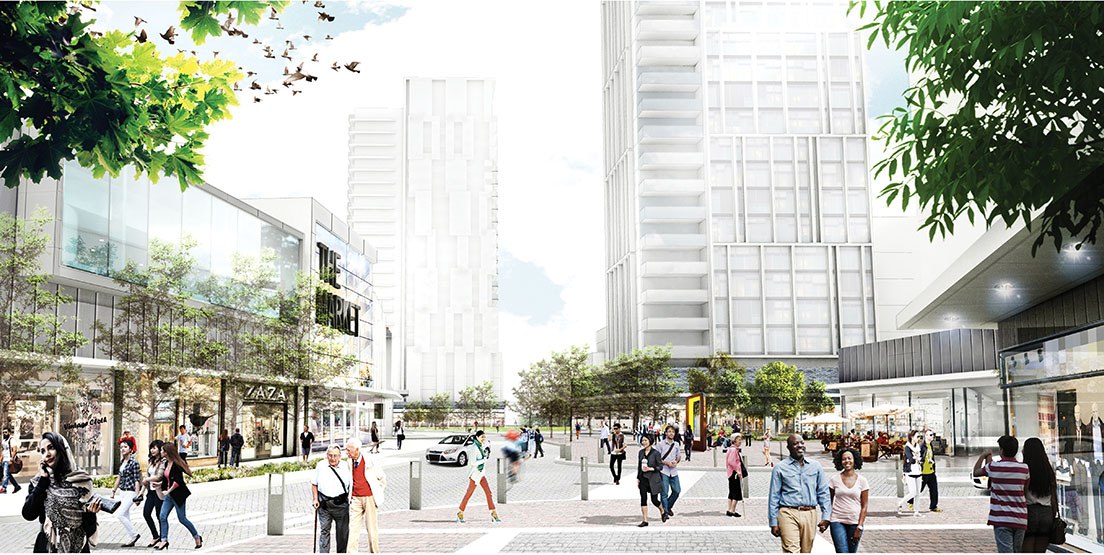 It looks like Scarborough is getting the Golden Treatment.

Effect’s from the $8.4 billion investment in the province’s infrastructure are starting to be felt across the city and surrounding areas, specifically at the proposed redevelopment of the existing Golden Mile urban plaza, located between Victoria Park and Birchmont Avenue.

This site, which is currently under-utilized, is being redeveloped by Choice Properties REIT as a new mixed use area, with replacement retail, new urban spaces, pedestrian connections and residential uses. 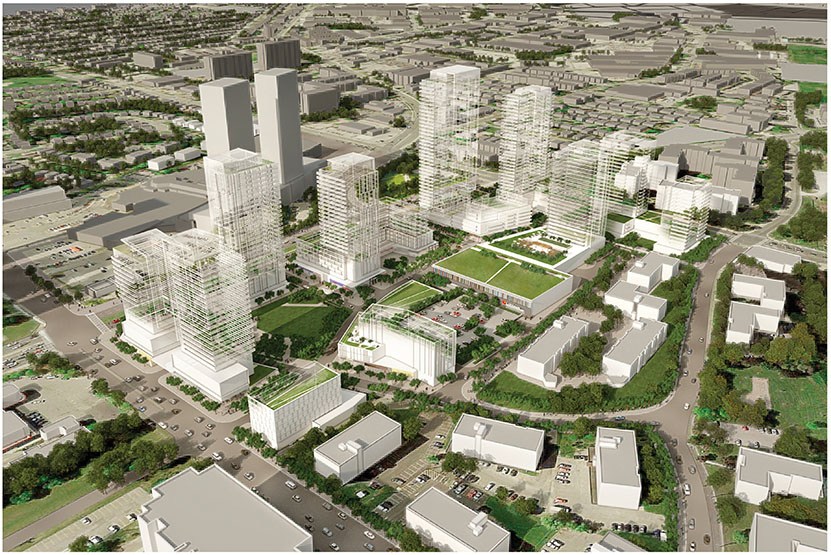 The Golden Mile site, of which 45% is currently used for surface parking, is cited to have a replacement supermarket in Phase 1 which will assist in anchoring the development and helping to ensure the provision of continuous community facilities. The site’s proximity to the proposed Golden Mile and Birchmont Eglinton Crosstown Stations, which are proposed to open in 2021, provides a perfect opportunity for high density transit-orientated residential development. Choice Properties aims to maximize that transit potential, having identified that the site is located within a three minute walk of these new stations, and therefore a 20-minute LRT ride to Yonge and Eglinton Centre, as well as a 5-minute ride to the Kennedy Station Mobility Hub under the current proposals.

The current master plan, designed by Giannone Petronine, envisions a range of new open spaces including a formal park and public squares, as well as private amenity space. It is difficult to see in its current state, but the Golden Mile site benefits from a range of existing open spaces including the Victoria Park-Eglinton Parkette to the south and the Craigton Court Tot Lot, Gatineau Hydro Corridor Trail, Ashtonbee Reservoir Park and Jonesville Allotment Gardens to the north. The pedestrian focused development will assist in creating relationships with the surrounding open spaces and trail network through safe and accessible pedestrian and cycling routes.

The proposed master plan street network includes a new east-west connection and multiple north-south connections. These new streets align with the existing movement pattern and help create a more human scaled development, as well as encouraging relationships between the existing and proposed communities. 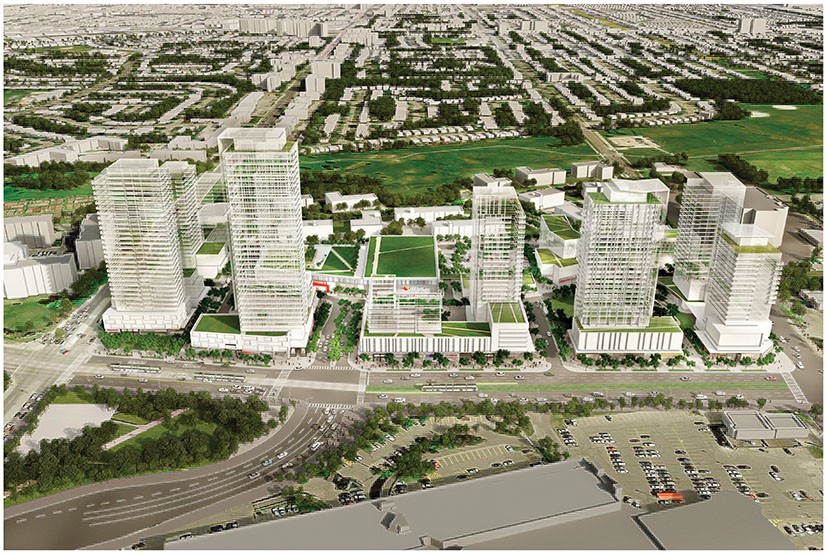 The proposal takes advantage of the site’s accessible location, reflected in a range of development scales. Eleven proposed buildings range from one to 32-storeys in height and will include 2,500 residential units.

Speaking with Daily Hive, Choice Properties explained that the “redevelopment proposal embraces a diverse built form, including low, mid and high-rise building, and incorporates transition strategies through massing and built form to achieve a harmonious relationship between site and surrounding development.”

Unit types are still under discussion and potentially include rental apartments, condominiums, seniors’ housing, affordable rental, and/or affordable ownership. Choice Properties explain that the inclusion of affordable housing is under continuous review throughout the application process.

The redevelopment of Golden Mile is just a small part of the exciting changes proposed along Eglinton, as new sites come forward as a result of the proposed Crosstown LRT, including additional towers at 1891 Eglinton East and 1966-2050 Eglinton East going through the planning process.

As the saying goes, “if you build it, they will come…”