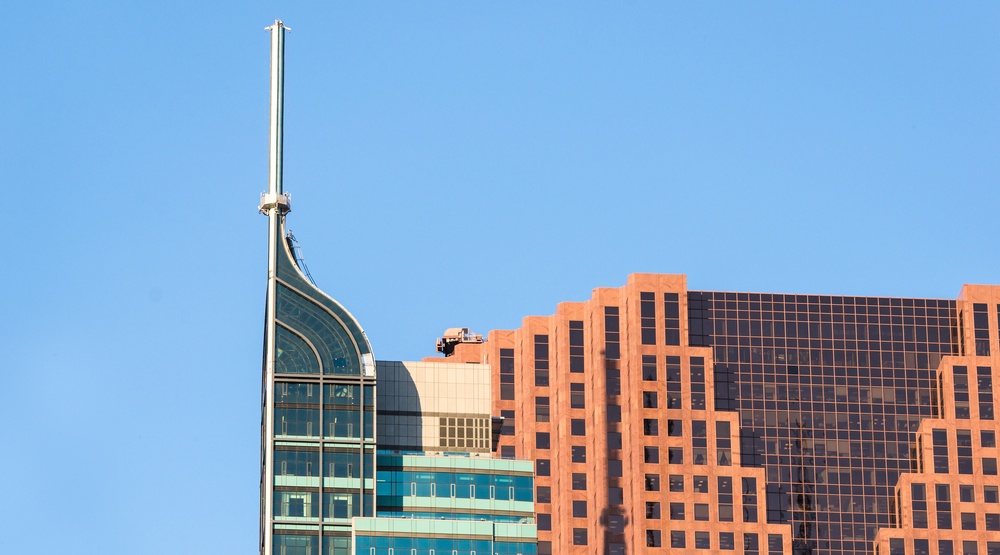 Toronto’s much-troubled Trump International Hotel & Tower has been listed for sale after years of financial problems and lawsuits since opening its doors in 2012, and with under new ownership it could be renamed – abandoning the the name of the controversial US president-elect.

Earlier this week, commercial real estate broker CBRE announced that the 65-storey, 908-foot-tall tower – the second tallest building in Toronto – is being sold for a court-approved receiver minimum sale price of $298 million, which is $3 million less than what the building owes.

Talon International Development, the building’s developer and original owner, defaulted on its construction loan for the building in 2015, and its debt was sold to JFC Capital last fall. Disputes between the developer and the real estate investors mounted over lower than anticipated occupancy rates for the hotel.

The sale of the tower, located on the southeast corner of Bay Street and Adelaide Street West in the city centre’s financial district, includes 211 hotel units, 74 residential units, and most commercial, retail and amenity spaces within the property.

“Opportunities to acquire such a prominent trophy asset in Toronto’s financial core are extremely rare,” said Bill Stone, Executive Vice President of CBRE Hotels, in a statement. “The property also provides the acquirer with substantial unrealized potential in Canada’s biggest and best performing hotel market and we expect to see robust demand for this asset from both international and domestic investors.”

The tower project originally began as a joint venture between the Ritz-Carlton hotel chain and another developer, however, the partnership collapsed and was not revived until Talon joined the project.

Construction began in 2007, taking six years to reach substantial completion, and cost $500 million. Elements of the building remained uncompleted nearly a year after the official opening date, and plans by the developer to connect the building to PATH underground network were canceled over high costs.

There have also been concerns over the building’s physical condition. Glass fell from the 34th floor of the building and damaged cars below in 2012, and a cracked window in 2015 also led to another street closure as a safety precaution.

The area around the building was also closed for two days in the summer of 2015 when the building’s antenna spire was seen swaying in the wind.

It remains to be seen whether the tower’s name will be renamed, which is a decision that can be made by the new owner.

Canada’s second Trump-branded property will open later this month. Trump International Hotel & Tower Vancouver, the second tallest building in Vancouver, was originally scheduled to open last year, and like the Toronto property it was originally planned as a Ritz-Carlton hotel.

In October 2015, just weeks before the US election, it was announced that all future Trump hotel projects will be branded as ‘Scion’ instead of being a part of a continuation of the Trump Hotel brand and identity.

At the time, vacation planning website Hipmunk claimed bookings on its platform for hotels bearing the Trump brand were down by 58.46% compared to the same period in 2015.