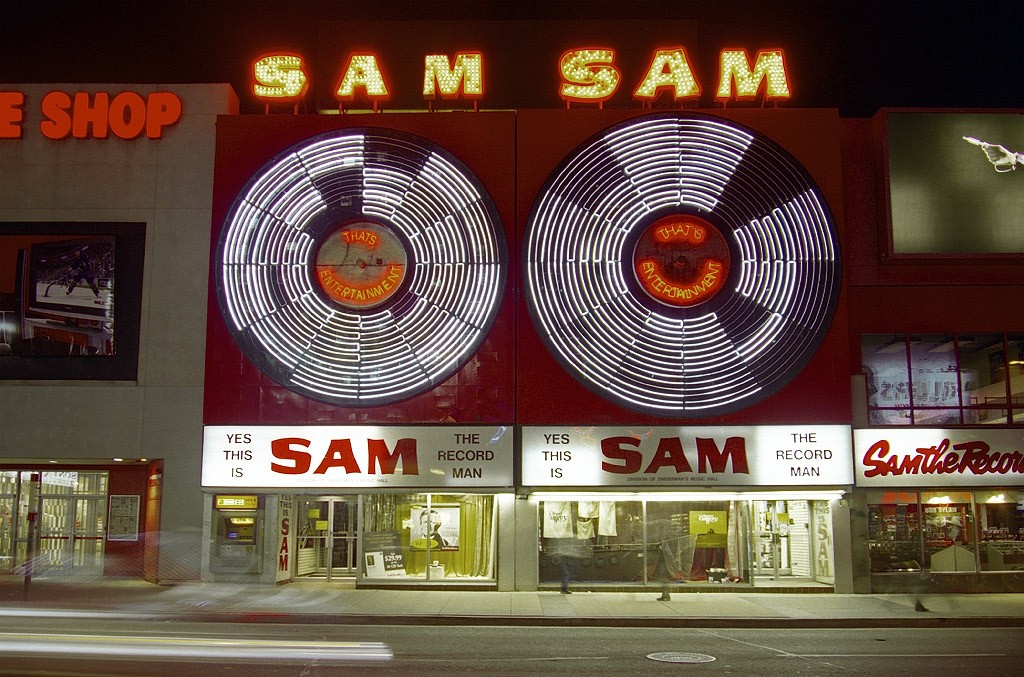 Remember the bright lights of the Sam the Record Man sign on Yonge Street?

Of course you do.

Before music streaming services, before the Internet really, Sam the Record Man was the place to be for music fans in Toronto. The massive downtown record store, which was also a Canadian chain, was a landmark in the city.

After closing in 2007, the neon sign dimmed, and a beloved landmark was gone.

But now it’s making a comeback.

Ryerson University announced that it will be restoring and re-installing the iconic Sam the Record Man sign atop its 277 Victoria Street location, near Yonge-Dundas Square.

So while it’s not at the original location, it’s still very close.

“We are very pleased to announce the iconic Sam the Record Man signs, with their spinning neon discs, will once again illuminate downtown Toronto,” said Ryerson President and Vice-Chancellor Mohamed Lachemi. “We’re very thankful to the City of Toronto and the Sniderman family for their ongoing support and patience. We are all looking forward to the signs lighting up Toronto later this year.” 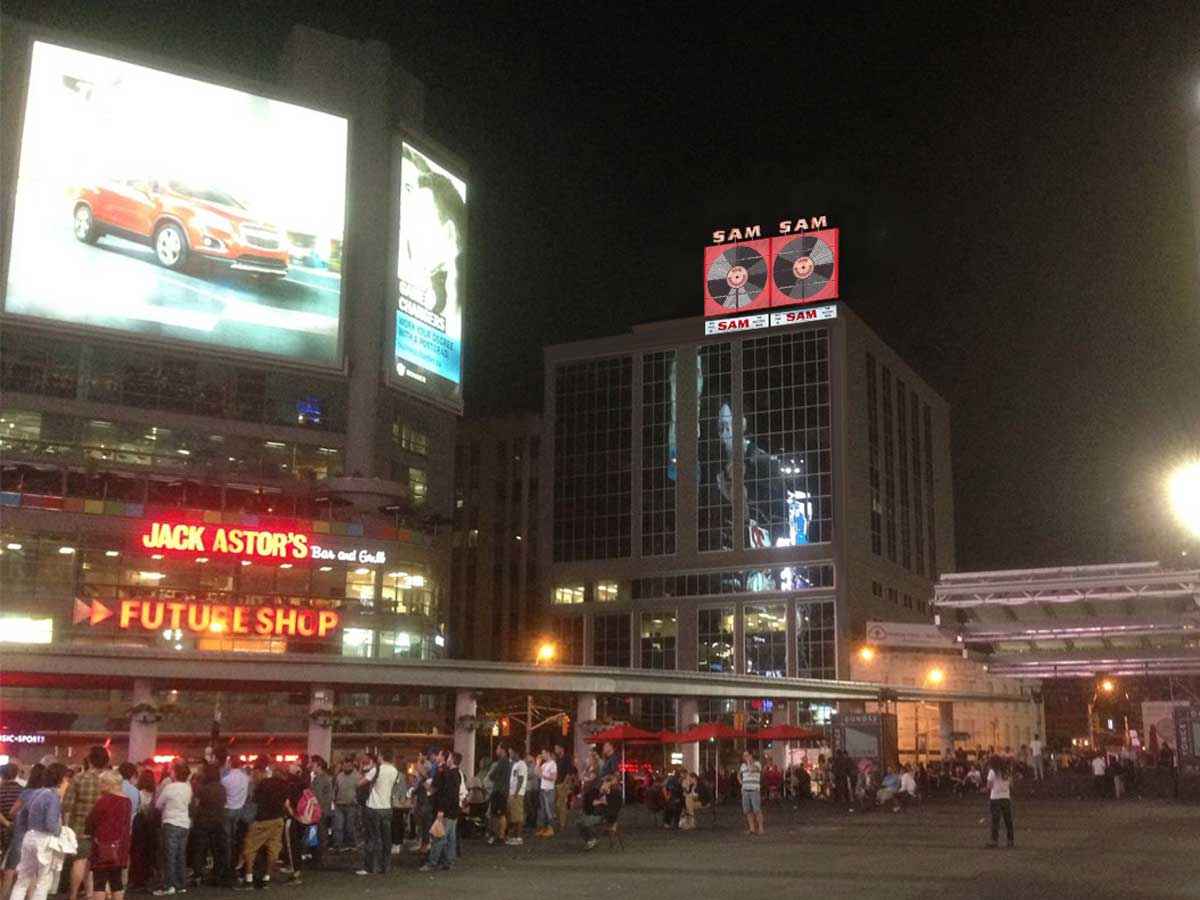 According to the University, the neon signs will be refurbished before moving to its new permanent home later this summer. The school will also be covering all costs associated with the restoration, installation and ongoing maintenance.

The installation is expected to start in the spring and be completed later in 2017.