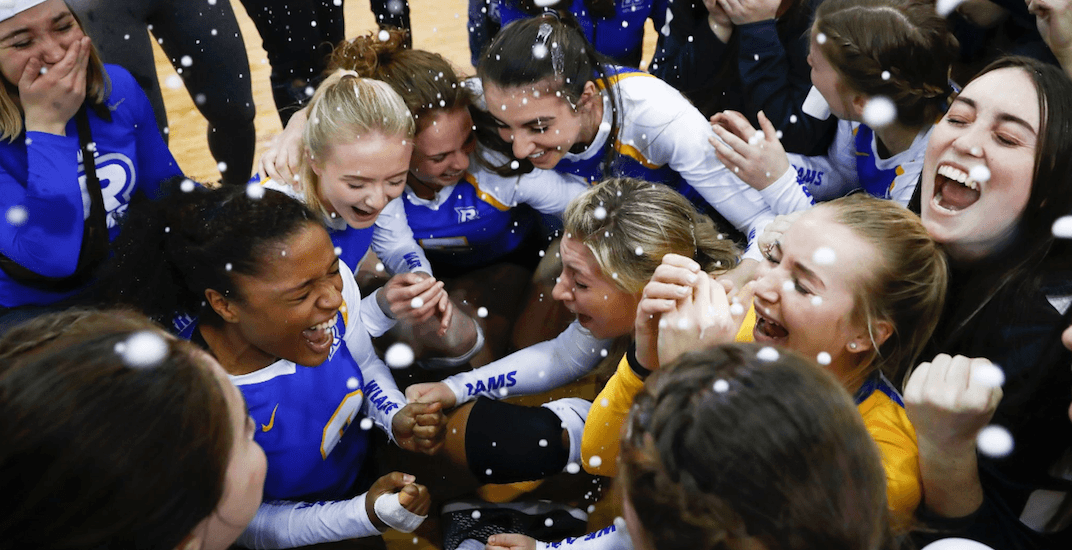 It was a historic day for Ryerson University.

Heading into the weekend, the Rams had never won a national championship in any sport, nevermind women’s volleyball, where they finished seventh last year.

What a way to get your first title.

The Rams completed a perfect season, going 19-0 during the regular season, 3-0 in the Ontario University Athletics playoffs, and rattling off three straight at the national championship tournament.

Scarborough, Ontario’s Theanna Vernon was named tournament MVP, as well as player of the game in the final, with 11 kills and 13 assisted blocks.

“Words can’t describe how amazing this feeling is to be a U Sports champion,” said Vernon. “I am proud of each and every player on my team. In that fourth set, we showed our determination and our grit and how much we wanted it.”

Alberta came close to forcing a fifth set, holding a 20-17 lead in set No. 4. But the Rams scored eight of the next nine points for the championship.

“We really pushed through and we became champions today and that is the most amazing feeling ever.”

To celebrate the victory, Ryerson is hosting a ‘Welcome Home Champs’ party at the Mattamy Athletic Centre on Monday at 2 pm.