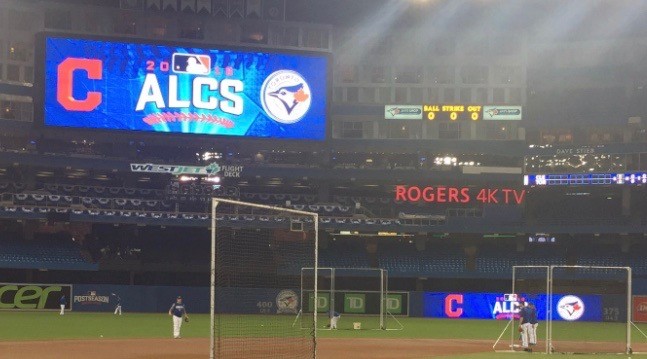 There’s been a lot of controversy lately over Cleveland’s team name.

And with game 3 of the ALCS hitting off at 8:08 pm tonight at the Rogers Centre, people have a lot to say – or not to say – about Chief Wahoo. You know, the offensive logo/mascot/terrible idea that is Cleveland’s team name.

But it looks like it won’t be showing up on the big screen tonight:

Of course, there are some things that simply can’t be hidden:

But it does appear that the Rogers Centre is doing what it can to join the anti-Cleveland name effort.