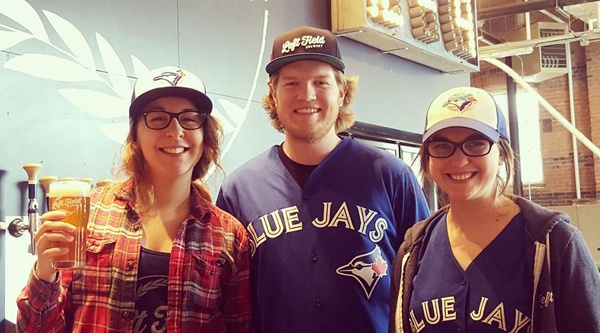 Where will you be watching the Jay’s win the World Series?

Well, we’re heading into tonight’s game with enough confidence that we expect a whole lot of baseball this October. For those that can’t be in the ‘Dome in person, here are the best sports bars screening Jays games in Toronto.

There’s no such thing as the nosebleed section at this massive (25,000 sq. ft.) MLSE-owned facility. Find 200 HD TVs tuned into home team games including one two-storey tall screen.

The Dundas West sports bar is a popular destination to catch a game, though you’ll have to get there early to score a seat as it’s first-come-first-served basis.

Named for the pro ball player who once pitched a no-hitter while high on LSD, this Dufferin Grove sports bar has become a hub for baseball enthusiasts. Find the place outfitted with TVs (viewable from every angle), foosball, darts, and billiards tables, craft beers on tap and a menu of pub staples including wings, wonton nachos and mac ‘n cheese bites.

Leslieville’s baseball-themed brewery screens home team games, especially big ones in the post season. Be there for the first pitch and spend nine innings cheering on the Jays while sipping house brews like the Grandstand hoppy wheat beer or Eephus oatmeal brown ale.

This sports bar on Roncy has been steadily adding to its collection of big screens in time for playoff season. Find the place populated with locals knocking back classic concessions like nachos and Coney Island style hot dogs.

Beers, BBQ and baseball are excellent reasons to bee-line to this East York sports bar. The 7000 sq. ft. space boasts 40 HD TVs and a menu full of burgers, wings and ribs.

The sports pub on Dundas West covers all the bases with eight taps devoted to craft beers and four large HD flat screens. While the bar prides itself on representing all sports, it’s our local teams that are given the most attention. #gojaysgo

Watch all the action at this self-proclaimed Asian sports bar. The student-friendly spot is outfitted like the ultimate rec room with beer pong, video games and sports coming at you from all directions.