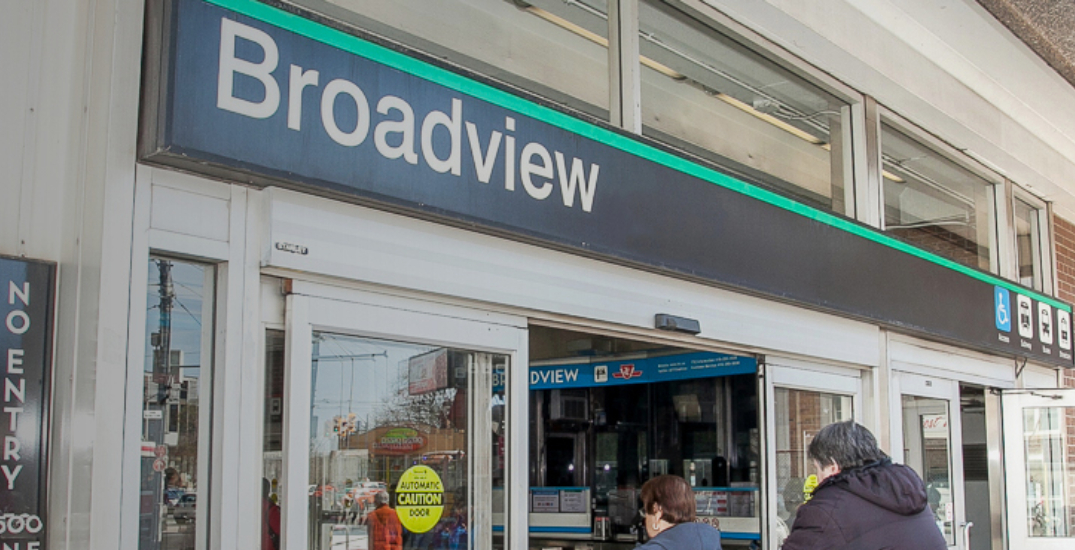 A Toronto Police spokesperson told Daily Hive that officers were called to Broadview subway station around 11 am for reports that a woman had been robbed at knifepoint.

When officers located the male suspect on a subway platform, he fled into the tunnels. Power to the tracks was cut and trains were held as officers pursued him into the darkness.

The man was able to escape by running west through the tunnels—across the Bloor Viaduct—and out through Castle Frank station.

The spokesperson said police have a “pretty decent” description of the suspect, which they are working to confirm. It may be released depending on the needs of the investigation.

“We believe [the suspect] to be dangerous. Violent and dangerous,” the spokesperson said.

“We want to exhaust all of our investigative options before we release that description. We don’t want to have the public approach.”