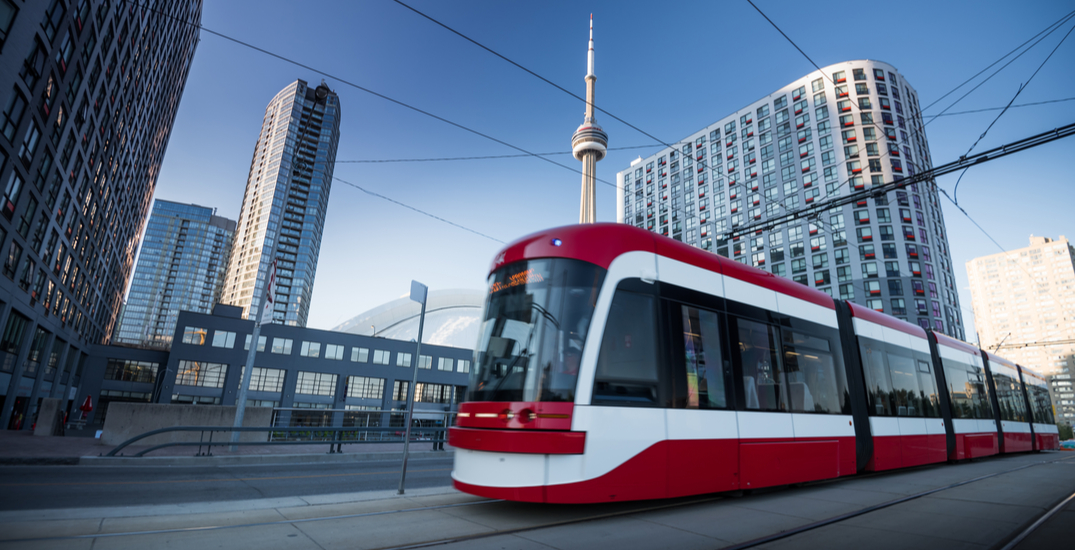 Toronto Police are searching for a suspect after an alleged hate-motivated assault on a TTC streetcar last month.

According to police, a 28-year-old man was on a northbound 510 Spadina streetcar around 7:30 pm on September 23 when the incident occurred.

Police said a group of people boarded the streetcar near Bremnar Boulevard, and a woman from the group began “uttering racial slurs” towards the man.

The woman allegedly spat on the man twice before covering her face with a grey blanket in what police said was an attempt to conceal her identity.

The woman then got off the streetcar near Queen Street West and Spadina Avenue.

She is described as 5’6″ and 175 pounds. She was wearing a grey sweater, black leggings, and grey boots.

Police believe that a number of people witnessed the assault. Investigators would like to speak with anyone who has more information or who knows the identity of the woman.