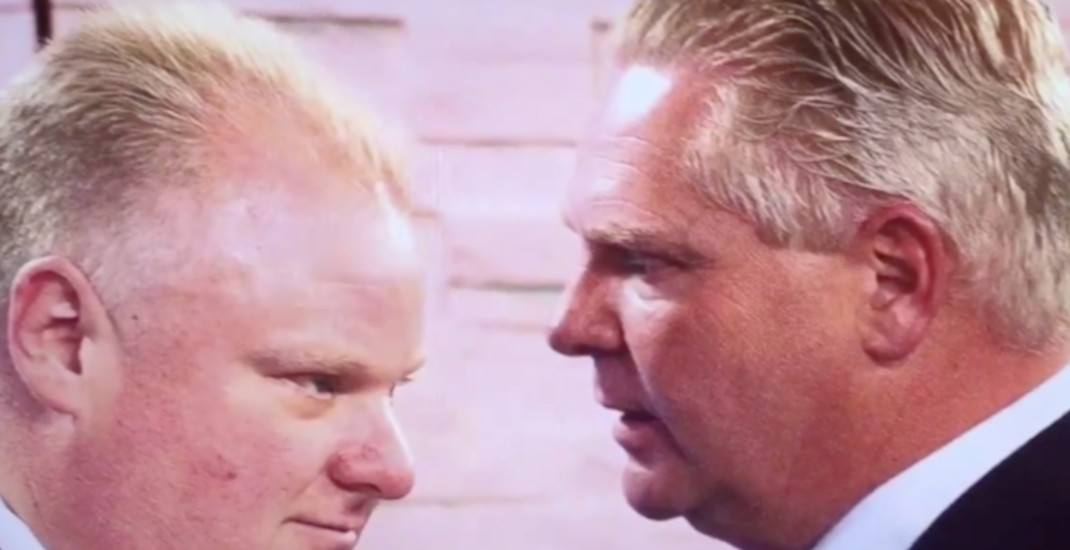 Ontario got a shoutout on an episode of Jeopardy! earlier this week, thanks to a question about  Premier Doug Ford and his brother, former Toronto mayor Rob Ford.

The Fords were the subject of a $600 dollar question on the episode, which aired on February 5.

“Rob Ford on the left was a controversial Toronto mayor. Brother Doug was elected premier of this province in 2018,” asks host Alex Trebek.

This isn’t the first time a Ford has been the subject of a Jeopardy! question. Back in 2014, contestants were quizzed about Rob Ford’s crack cocaine use.