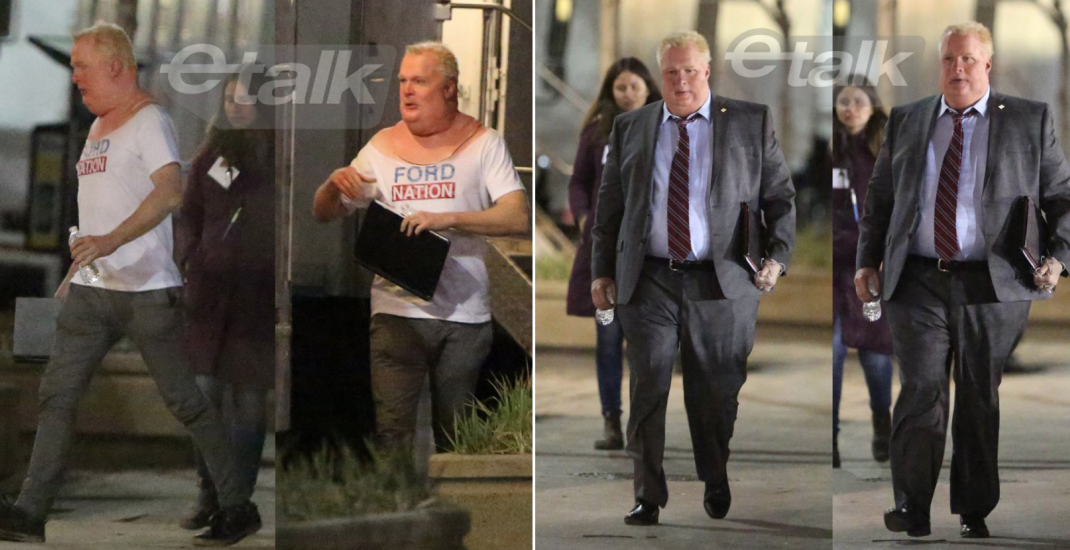 There’s a new Rob Ford movie shooting in Toronto right now and English actor Damian Lewis is taking on the role of the former Toronto mayor.

eTalk Canada has released the first photos of the Homeland actor in full costume, and the transformation is shocking.

Oh wow – Damian Lewis as Rob Ford – this is creepy as hell pic.twitter.com/eunGEEwBfQ

The Ford character is only a minor role in the movie titled Run The Town – Ben Platt who plays a reporter in the film confirmed via Twitter that “it is not a Rob Ford biopic” and refers to the storyline as “historical fiction.”