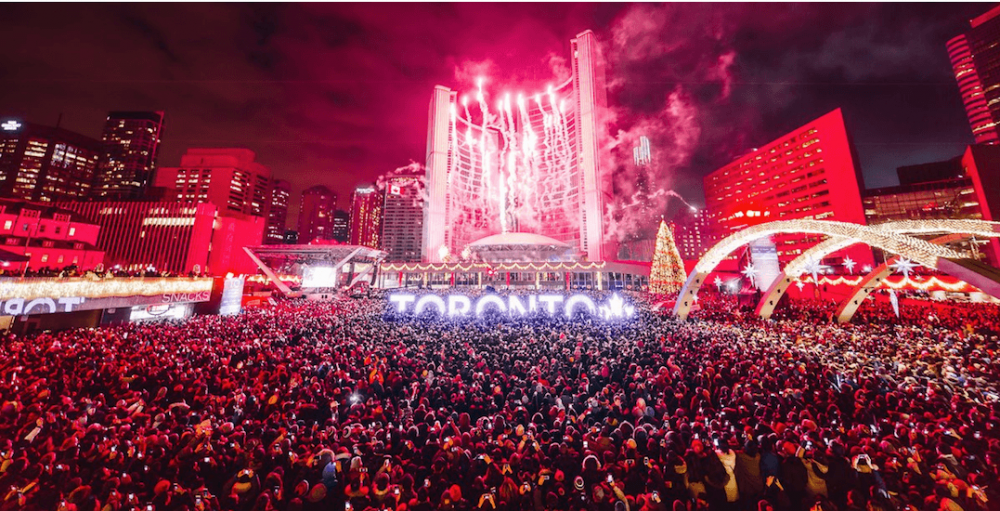 Toronto’s getting ready to ring in 2019, and with that comes some road closures.

On Monday, December 31, the city will be hosting a New Year’s Eve celebration at Nathan Phillips Square. The events will feature a skating party, live performances and a pyrotechnic show from the towers at City Hall.

Road closures will be in effect in the area from Monday, December 31 from 5 pm until Tuesday, January 1 at 2 am.

The details of the closures are as follows:

The 501 Queen Street streetcar and the 6 Bay Street bus will be also diverted from the area. Motorists are advised to consider alternate routes.

And remember: the TTC will be free all night long!