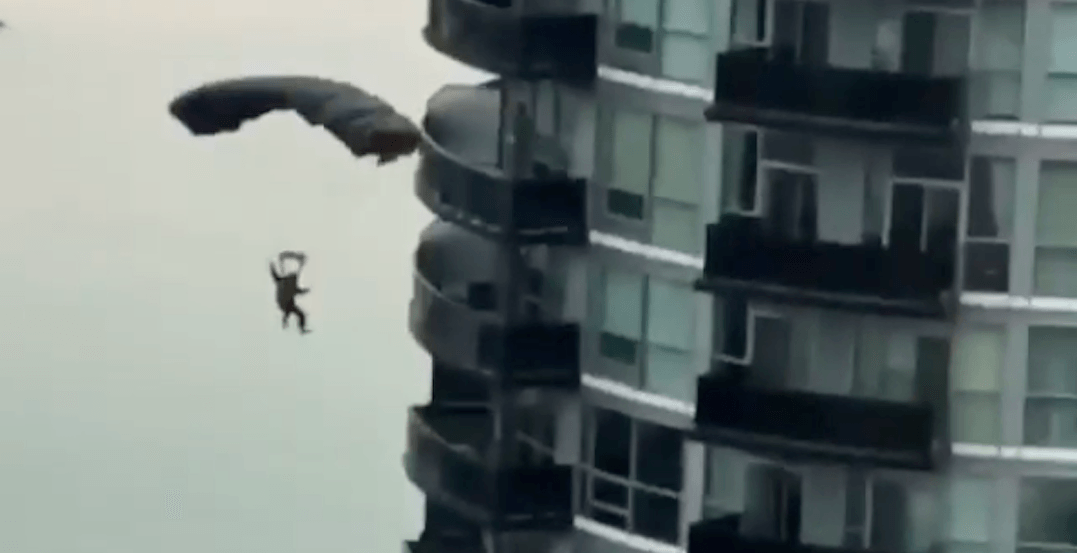 BASE jumping is undeniably a thing, whether or not you deem it safe and secure.

But, after an incident on Christmas morning on top of a waterfront condo under construction, Toronto Police are making it clear that they don’t want it to be a thing in this city.

In the early-ish hours of December 25, a pair of jumpers climbed to the top of a Humber Bay high rise and, one after the other, jumped off.

A video of the two hit social media and gained plenty of attention. While many eyes watched the video in awe, Toronto Police have a different perspective.

Noting the risks of buildings and other unexpected obstacles, Const. Allyson Douglas-Cook expressed that she doesn’t want these acts to continue.

She says that this kind of activity is strongly discouraged in Toronto.