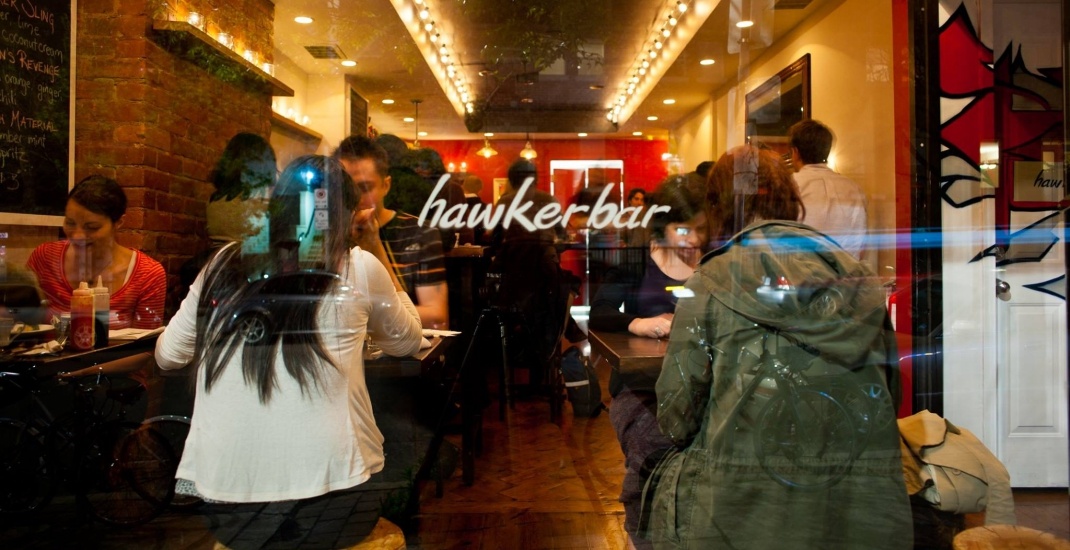 The arrival of summer is cause for celebration for most, but these Toronto restaurants have already had their last hurrah.

These recently shuttered restaurants, bars, and cafes wont have another day in the sun.

à la Carte at the Gardiner Bistro
The restaurant inside the Gardiner Museum has closed to make room for a new concept from The Food Dudes.

AFT Kitchen and Bar
The Riverside restaurant and bar, known for its menu featuring smoked chicken and ribs, burgers and brunch, announced its closure in May.

Amore Trattoria
The Italian restaurant at Yonge and Eglinton is no more.

Anne’s Magic Kitchen
The makers of dan dan noodles has shuttered in Chinatown.

Banjara
The Indian restaurant remains closed following a fire ravaged the building in March and will be closed until further notice.

Barburrito
The burritio joint on College Street is soon to be replaced by Salumi Bar.

Big Tuna Poke Bar
One of Toronto’s first poke bars to open closed in March signaling the potential end to the once pervasive poke trend.

Blowfish
The sushi restaurant and sake bar at King and Bathurst closed for good in March.

Boku Sushi
While the Boku name lives on, this sushi bar has rebranded and switched focus to Japanese noodles.

Brock Sandwich
The sandwich shop on Bloor is closed following a fire in March.

Cadillac Lounge
The bar and music venue is Parkdale has shuttered following 18 years as a neighbourhood go-to.

Carters Landing
The restaurant situated on the boardwalk of Woodbine Beach has closed before peak beach season began.

Casa Coffee
The Kensington Market landmark shuttered after 55 years in the neighbourhood and will soon be replaced by Jodie’s Joint a cafe from cannabis activist Jodie Emery.

Celebrity Hot Pot
The Chinatown stalwart is shuttered but has already been replaced by another hot pot spot called Liuyishou Hotpot.

Cut the Cheese
The Junction spot specializing in grilled cheese sandwiches and gourmet mac and cheese is soon to be replaced by Latin American eatery Maiz.

Desmond & Beatrice
The Leslieville bakery has closed its storefront after nearly a decade in business though it’s wholesale operation continue to thrive.

Dooney’s Cafe
First founded in 1982 in the Annex and later relocated further west on Bloor, the casual restaurant has now closed for good.

Doug’s Public Kitchen
The vegan spot near Eglinton West shuttered as Chef Doug McNish is now at the helm of Mythology Diner in Parkdale.

Frings
The restaurant from Toronto celebs Susur Lee and Drake will close for good on June 23.

Galaxy Donuts
After 21 years, this doughnut shop in The Junction has officially retired.

Greenleafs
The source for healthy lunch options in The PATH shutter in May after more than three decades serving Toronto office dwellers.

Good Egg
While not a restaurant, this recently shuttered food-focused bookstore in Kensington Market will be missed by Toronto’s culinary community.

Hawker Bar
This beloved Singaporean snack bar closed for good before the end of April.

Jule
The tea room on Carlton is soon to be replaced by bubble tea chain Cuppa Tea.

No One Writes to the Colonel
The rec room-like bar in Little Italy has closed its doors after eight years in business. A new location could be forthcoming.

SpiritHouse
The cocktail bar near King and Portland closed for good on April 28 and is soon to be replaced by Petty Cash,

South Indian Dosa Mahal
The Bloor Street dosa spot remains closed until further notice after a fire broke out in a neighbouring restaurant.

Sweet Jesus (Scarborough Town Centre)
While the chain of epic ice cream purveyors continues to expand across Canada, the location at STC has been replaced by Eva’s Original Chimneys.

The Christie
The cafe near Christie Pits shuttered this spring.

The Common (Bloor)
The cafe’s outpost in The Annex shuttered in March, though locations in Little Italy and Bloorcourt are still open for business.

True True (Queen Street)
The sophomore outpost might have closed but the OG pizzeria on King East is still open for business.

The Borough
The restaurant on The Danforth has closed and City Betty has already opened in its place.

The Saigon Hustle
This shortlived Vietnamese eatery has already been replaced by My Roti Place.

The Scullery
The cafe in Cabbagetown has already been replaced by Beer Batter, a new fish and chip shop from the folks behind the Irv Gastro Pub.

Under the Table
The Cabbagetown restaurant known for its Caribbean comfort foods has closed after failing to renegotiate its lease.

Urban Acorn Market
The flexitarian kitchen in the Junction Triangle closed its retail space in March to focus fully on catering operations.

Village Pie
Makers of spanakopita and other savoury Greek-style pies on the Danforth has closed their doors for good.

The Yukon
The Queen West watering hole has been quietly transformed into Birky’s Bar.