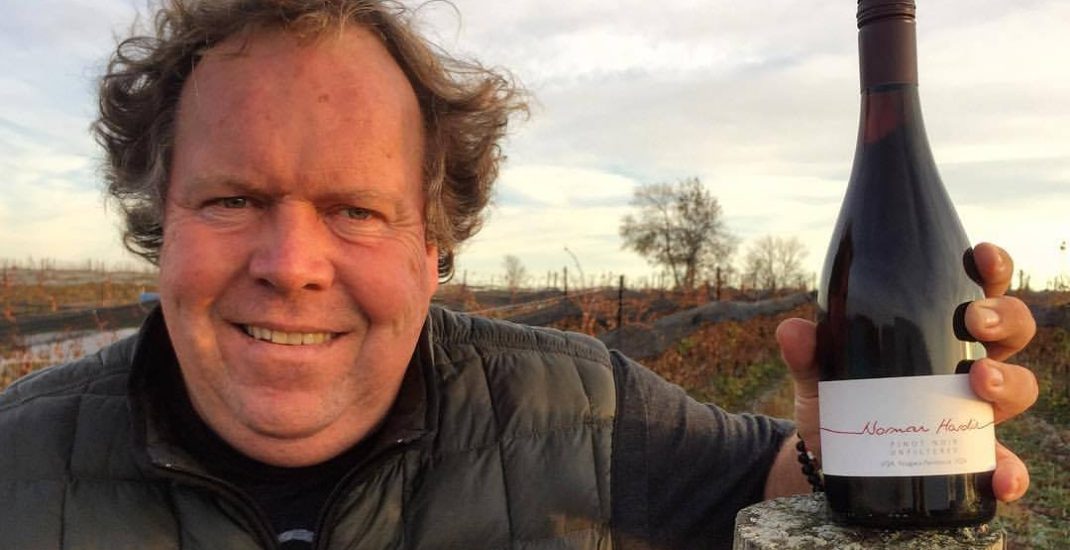 Just days after being awarded Wine Maker of the Year at the Ontario Wine Awards, celebrity winemaker Norm Hardie has responded to an investigation revealing a “wide-ranging pattern of alleged sexual advances and sexual harassment.”

To all those who felt marginalized, demeaned or objectified while working for or alongside me, I am truly very sorry. pic.twitter.com/0wxLqPl4sP

“Some of the allegations made against me are not true, but many are,” admits the Prince Edward County winemaker in response to the explosive article published by the Globe & Mail in which 18 people have corroborated “requests for sex, lewd comments about sex acts or remarks about their bodies and clothing,” by Hardie in the workplace and at industry events.

Despite Hardie’s apology to “all those who felt marginalized, demeaned, or objectified when working for or alongside [him],” restaurants including Toronto’s Chantecler and Montreal’s Joe Beef have already reportedly cut all ties with the winery. And, it appears that in light of the news, more restaurants and bars will follow.

That sound you hear is several hundred sommeliers and restaurateurs, erasing @normhardie‘s bottlings from their wine lists, stat.

Toronto’s Matty Matheson called Hardie a “the worst kind of monster,” while Honest Weight has publicly announced that they “no longer offer products from @NormHardie,” as has Montreal’s Taverne Monkland.

@normhardie you are the worst kind of monster. So close to all of us and so horrible to so many women. Truly saddened. Let these women’s story ring loud and clear! https://t.co/xLtP9201Fg

We no longer offer products from @normhardie

We are doing the same

Pluck Tea will no longer be shipping tea to @normhardie. We stand with the brave women who have come forward to speak their truth. #metoo

When reached for comment by Daily Hive, an LCBO Spokesperson replied that, “we share the industry’s concern regarding the troubling allegations against Norman Hardie,” before reaffirming the LCBO’s commitment to a safe and equitable work environment, adding that they expect the same from their suppliers and partners but ultimately, “we leave the choice to purchase Norman Hardie products in the hands of our customers.”