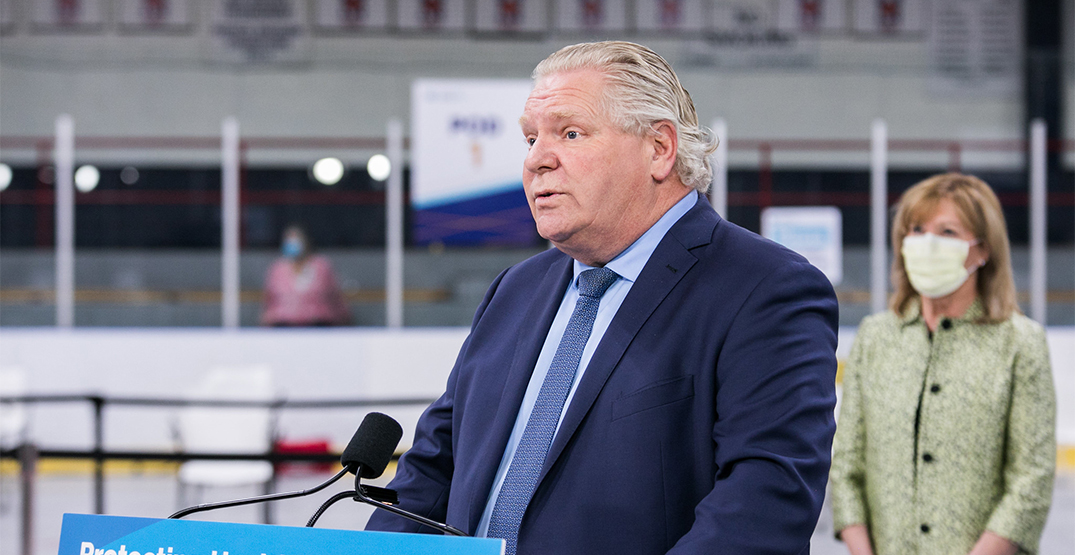 COVID-19 restrictions will be temporarily eased in London, Ontario, so residents can legally gather at a vigil for the family killed in an anti-Muslim attack.

The provincial government is working with the Middlesex-London Health Unit to tweak the rules for Tuesday evening’s ceremony at the London Muslim Mosque parking lot, Premier Doug Ford said in a statement.

Outdoor gatherings are currently capped at 5 people until Ontario enters Stage 1 of its reopening plan on Friday.

“The horrific and deliberate attack on a Muslim family in London has left our province in mourning,” Ford’s office said in a statement.

The premier has cancelled his engagements for the day and will travel to London to attend the vigil.

The family of five was out for an evening walk on Sunday when a man driving a pickup truck ran them over. Four of the five family members were killed — Salmon Afzaal, 46, Madiha Salman, 44, Yumna Salman, 15, and Yumna’s grandmother, 74. The only survivor was the couple’s nine-year-old son Fayez, who was taken to hospital.

Prime Minister Justin Trudeau has condemned the act of violence as a terrorist attack and expressed solidarity with the Muslim community during his remarks from Ottawa on Tuesday.

Two fundraisers through LaunchGood and GoFundMe are currently raising money to support the boy.