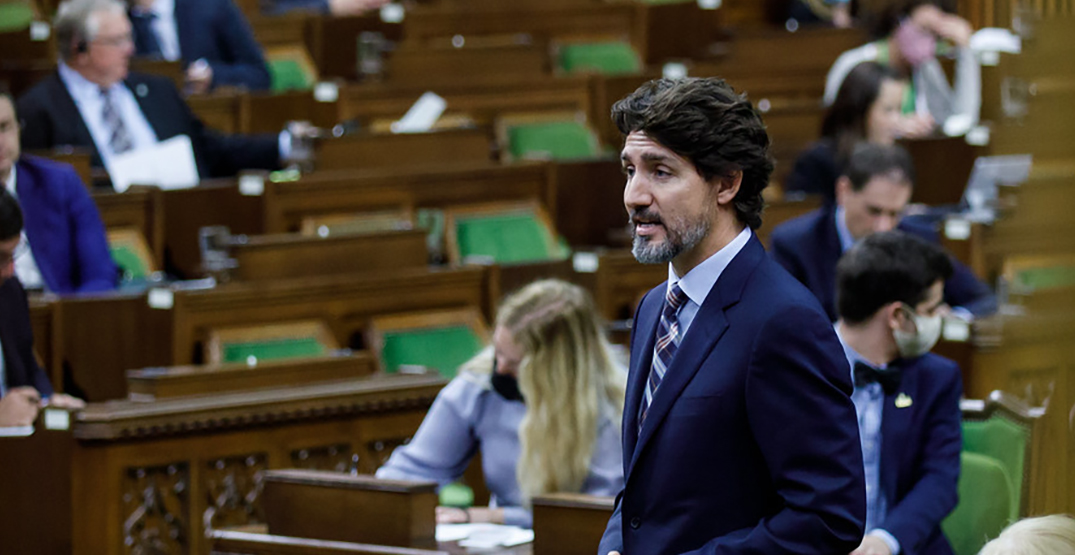 The killing of four members of a Muslim family in London, Ontario, was a terror attack, Prime Minister Justin Trudeau said during his remarks in the House of Commons Tuesday.

Politicians opened proceedings Tuesday with a moment of silence to honour the family before Trudeau spoke to Canadians about what happened.

“Their lives were taken in a brutal, cowardly, and brazen act of violence. This killing was no accident,” he said. “This was a terrorist attack motivated by hatred in the heart of one of our communities.”

The family of five went for a walk Sunday evening when a 20-year-old man driving a pickup truck purposefully ran them over. The only surviving member of the family is a nine-year-old boy who was taken to hospital.

“We must not become desensitized to this violence. We must not accept this as normal. Every time that we witness such hate, we must call it out,” Trudeau said.

He referred to other recent Islamophobic attacks in Canada, including the Quebec City mosque shooting and attacks on Black Muslim women in Edmonton, to point out that the attack in London is far from an isolated incident.

“This hate and this violence does exist in our country. As long as it exists, we will have work to do,” Trudeau said.

A vigil for the family will be hosted by a mosque in London, Ontario, on Tuesday at 7 pm, which Trudeau plans to attend.

Ontario Premier Doug Ford has said London could relax its COVID-19 restrictions to allow a large gathering during the vigil.