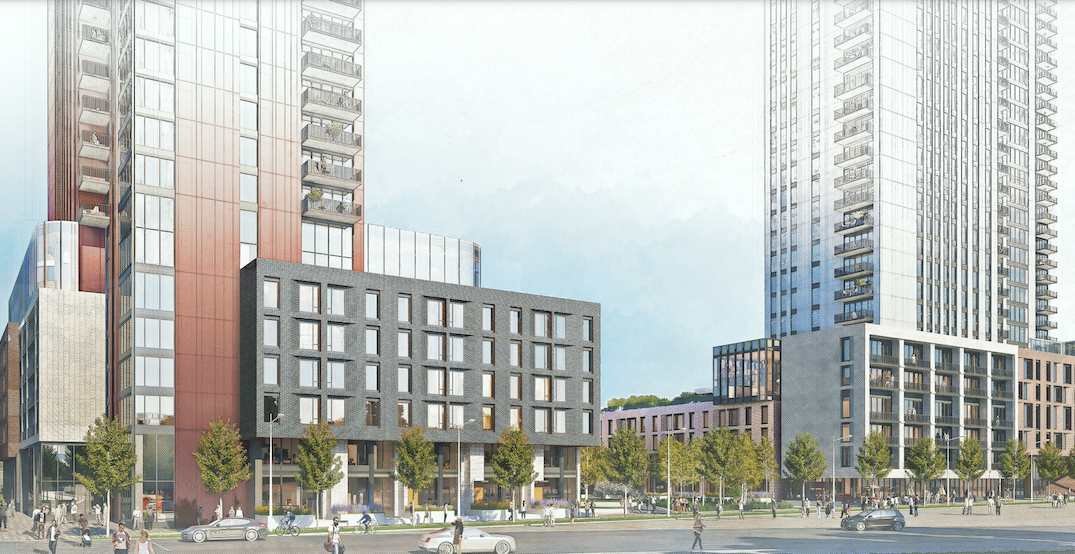 Oxford Properties Group, which owns Scarborough Town Centre, is looking to build a three-tower rental apartment complex at 25 Borough Drive, immediately west of the mall. The three towers, staggered in height, would reach 32, 41, and 50 storeys.

If approved, the development would add a total of 1,342 rental units to the area, including 72 studios, 712 one-bedrooms, 448 two-bedrooms, and 101 three-bedroom or higher units. Some of the units would be street-level townhomes, neighboured by 1,508 square metres of retail space.

Below the buildings, which would be bordered by Brimley Road, Progress Avenue, and Triton Road, would be 748 parking spaces for both residents and visitors. There would also be over 5,000 sq ft of indoor and outdoor amenities for the buildings’ residents to use, including the seventh floor, which has been set aside as an amenity floor. 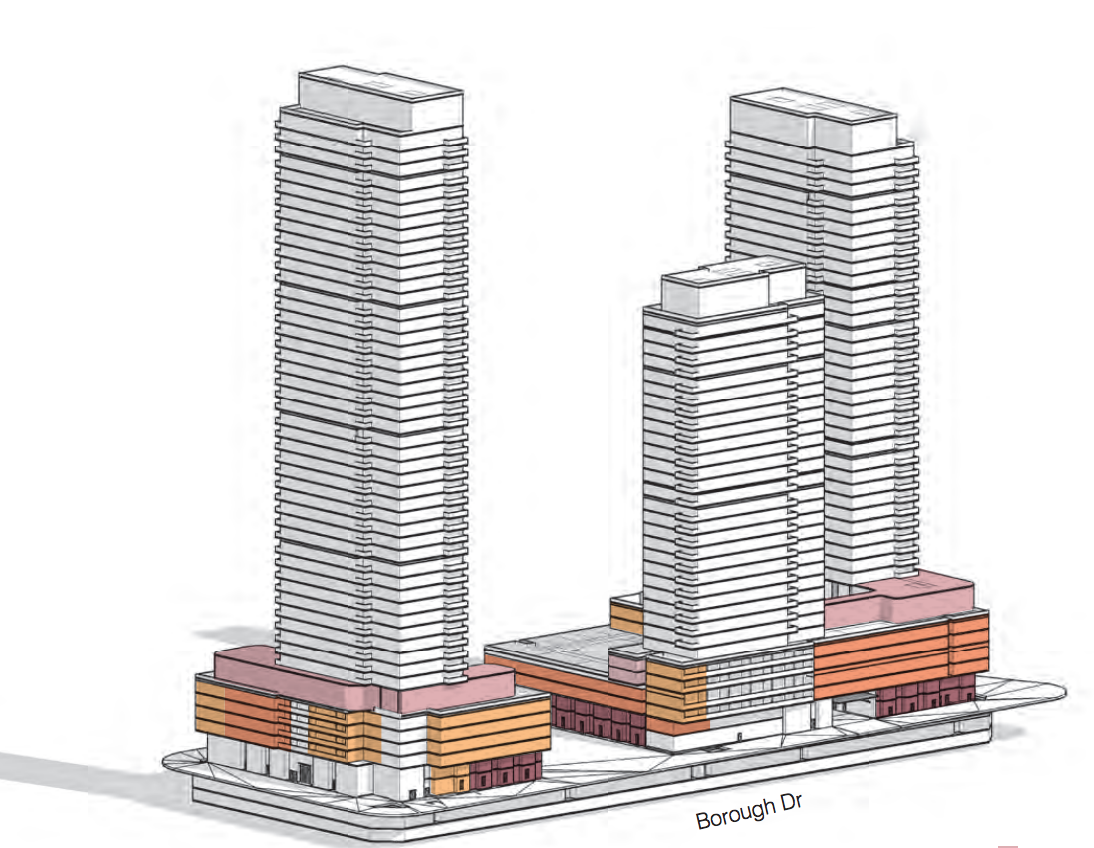 Although the development would be much larger than surrounding buildings, the developers plan to use a seven-storey podium at the base of the towers to help integrate it into the area.

“The podium has been articulated through massing and materiality to reduce the perceived scale of the base,” the project’s planning rationale reads. “A slight recess in the lower two floors helps better define a pedestrian scale and create more generous streetscapes.”

Oxford Properties last submitted updated plans for the project to the City in 2020, but the proposal is still awaiting approval from City Council.