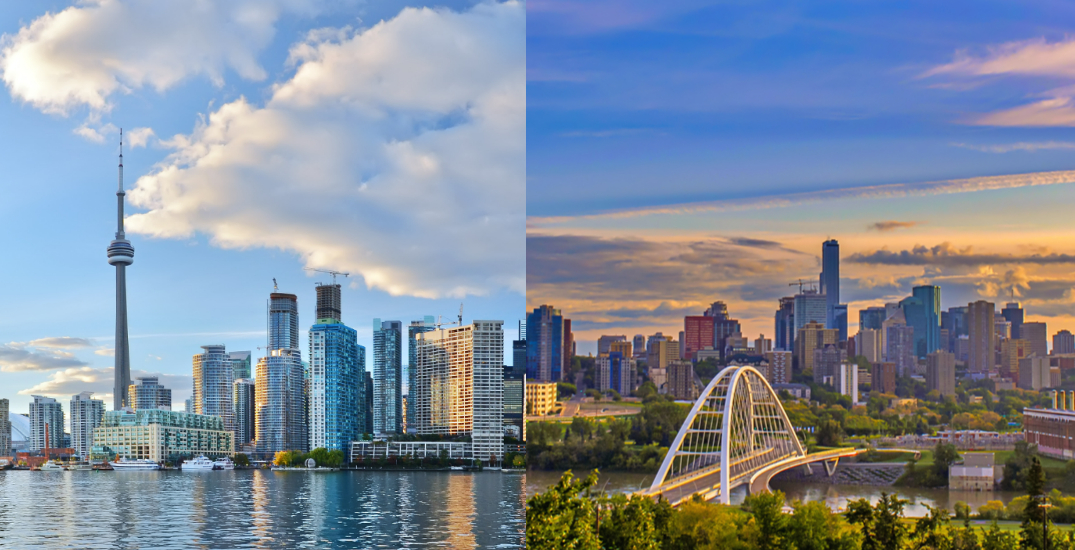 When you compare the ever-increasing cost of rent in Toronto with some of Canada’s less expensive rental markets, it’s enough to make you wonder why you live here.

According to the latest National Rent Report from Rentals.ca and Bullpen Research & Consulting, the average one-bedroom apartment in Toronto costs $2,192 per month.

Renting a two-bedroom apartment in the city runs, on average, $3,115 per month.

The figures are distressing enough on their own. But compared to other Canadian cities, they’re plain painful.

In Edmonton, where the cost of rent has fallen month-over-month, a one-bedroom apartment runs just $1,032 per month – $1,160 less than in Toronto.

A two-bedroom in Alberta’s capital city costs $1,293 per month. Not only is it $899 cheaper than a one-bedroom in Toronto, but it costs $1,822 less than a two-bedroom unit in the city.

In Saskatoon, which has the cheapest rent in Canada, a Torontonian would save $1,219 per month living in a one-bedroom, and $1,972 by renting a two-bedroom.

Even renting in Waterloo – Ontario’s least expensive city – would save Torontonians some serious cash every month. A one-bedroom in Waterloo costs $968 less every month than in Toronto; a two-bedroom is $1,284 cheaper.

The only sense of relief for Toronto renters comes from comparing costs with Vancouver.

Long-boasting the most expensive rent in Canada, Vancouverites pay an average of $220 more per month for a one-bedroom, and $482 for a two-bedroom apartment.