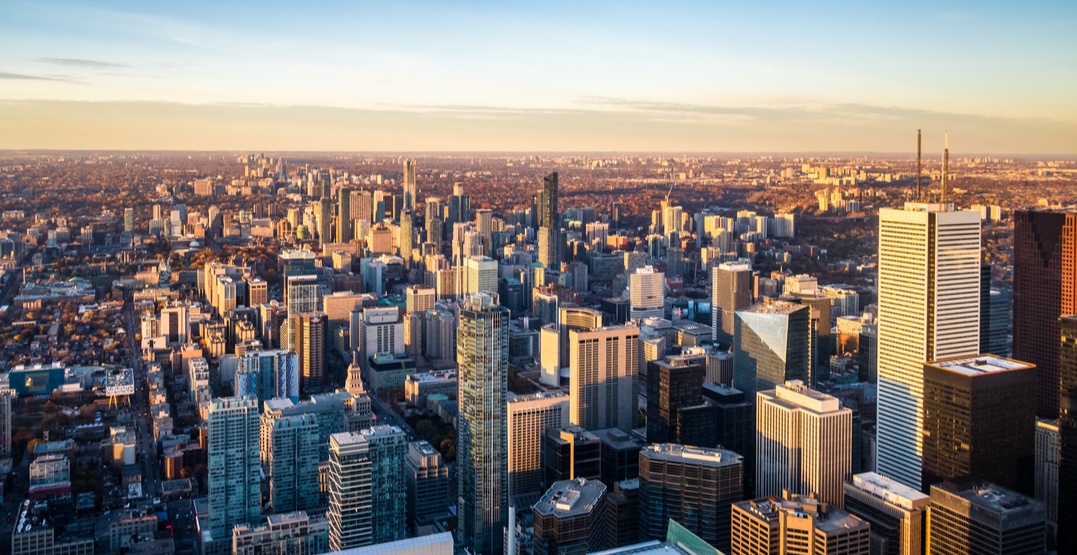 It’s not something we’d say everyday, but Toronto’s real estate market has been described as a “bargain” in comparison to international standards.

The city that has an average home selling for $806,494 in February is actually affordable on the global scale.

According to a recent report by RE/MAX, “from the standpoint of foreign investors, the combination of a strong US dollar and undervaluation from a global perspective, Ontario is ripe for investment.”

The report, which looks at luxury home sales in the GTA, states that the region been dominating in world ranking.

And when it comes to downtown living, Toronto’s condos reign in terms of global affordability.

According to Numbeo, a crowd-sourced property price comparison site, the price per sq. ft. for an apartment in Toronto’s city centre is around $791.17. This compared to Hong Kong, which is $3268 per sq. ft., or even Vancouver, which sits at $1195 per sq. ft., is relatively cheap… something that hasn’t been said about the west coast market in years. 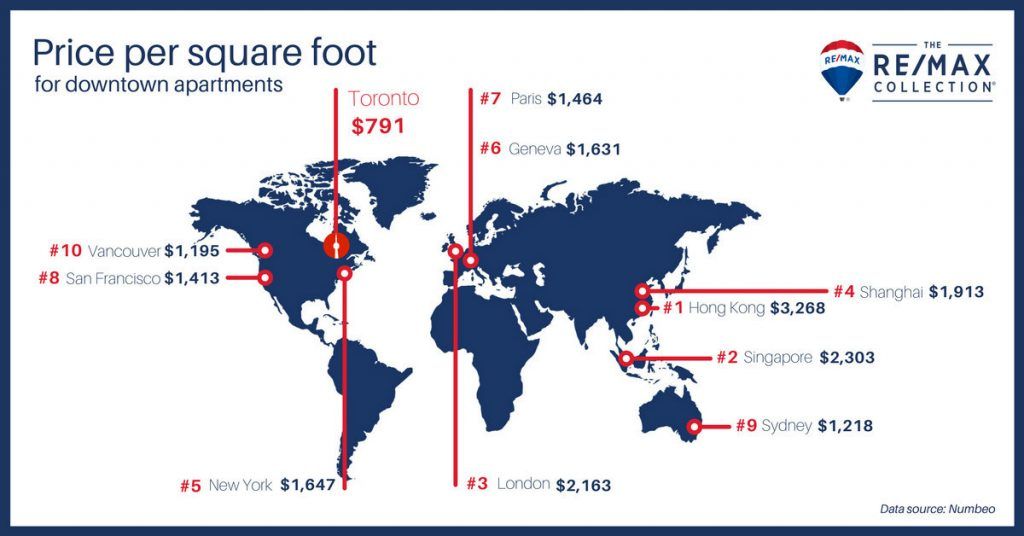 RE/MAX states that the low pricing for downtown apartments makes “our world-class city look like a bargain by international standards.”

This also means, foreign investment will continue to be a driver of sales in the GTA housing market.

“The accumulation of real estate is an integral component of their overall investment strategy, and as such, the foreign buyer tax is not a deterrent,” said Christopher Alexander, Executive Vice President and Regional Director, RE/MAX INTEGRA Ontario-Atlantic Region. “It is just the cost of doing business in Ontario,”

So while we’re a bargain globally, unfortunately, we are still quite pricey locally.