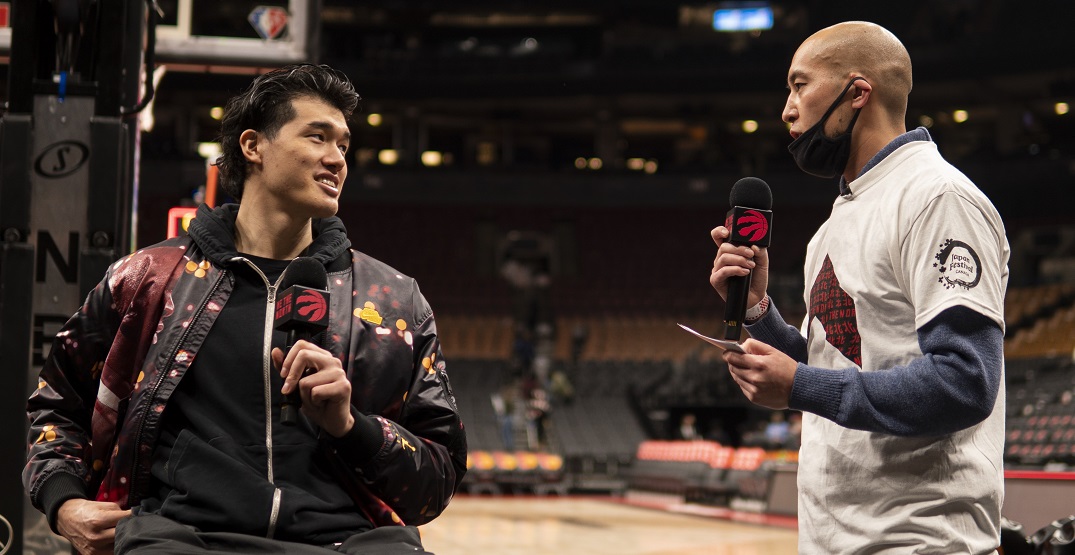 Toronto Raptors forward Yuta Watanabe was the star of the show on Sunday.

Watanabe has helped raise the Raptors’ profile in Japan immensely. He’s become the top-selling jersey in his country and the captain of the 2020 Olympic team.

At yesterday’s game against the Washington Wizards, Watanabe was the centrepiece of the Japan Day event set up to help connect him with fans.

Several hundred fans in attendance for the Japan Day event were able to pick up a t-shirt featuring the Raptors’ chevron logo featuring both the “We The North” catchphrase and the Japanese character Kita (北), meaning “North.”

Missing the first month of the season due to injury, it was just Watanabe’s fourth home game ever in Toronto.

Watanabe met fans courtside for a post-game Q&A session, where he spoke about his journey to the Raptors that included becoming the first-ever Japan-born player to earn a scholarship at an NCAA Division I school. Watanabe attended George Washington from 2014-2018.

Yuta fans out in full force for the postgame Q&A with Watanabe: pic.twitter.com/WOiWXZ8dAp

And make no mistake: Watanabe is happy as anyone to have found his role in the NBA.

“I’m just a straight baller,” Watanabe joked. “I don’t really have any talent outside of basketball. I’m not good at soccer, [and] I’m not good at baseball. I’m glad I play basketball because otherwise, I might be sitting on my couch in Japan.”

Yuta Watanabe (with the Michael Jordan jacket) meets up with fans at Japan Day postgame pic.twitter.com/VoYnNdm4LA

Watanabe scored seven points on the day in 17 minutes of action. Even though Watanabe is the epitome of a role player, there’s something clear about Watanabe’s game that has helped him become an international star.

“The attraction of players like Kyle Lowry or Fred VanVleet in Toronto is that I think a lot of the time they embody a characteristic that a lot of Toronto people wish they had, which is that they grind. They’re really all about that hustle mentality. And I think Yuta embodies that. He’s all about effort. He’s balls to the wall all the time,” Japan Day organizer Terukazu Ikeda said. 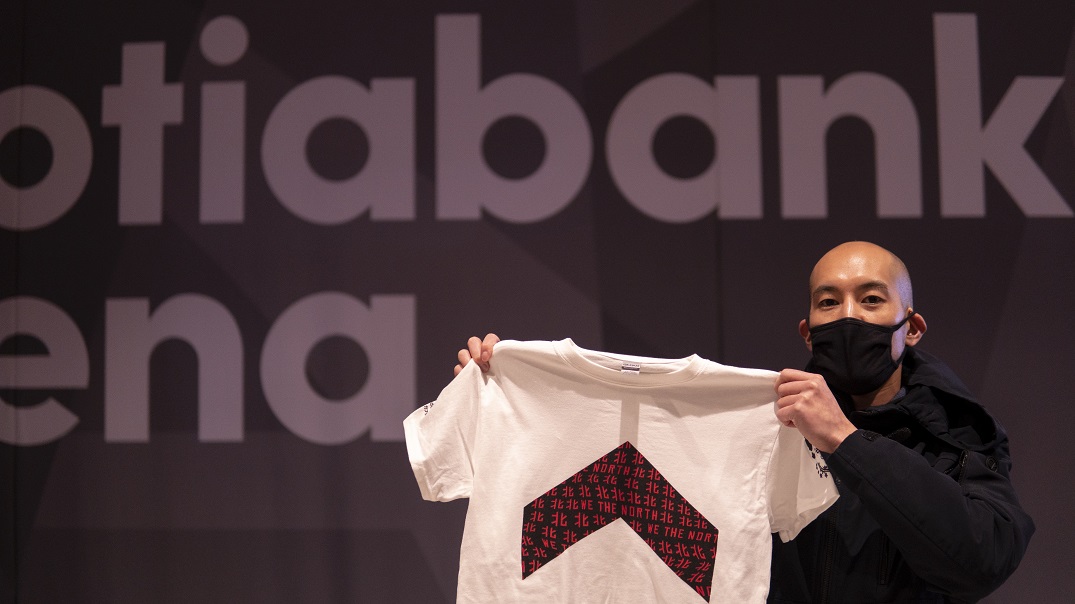 The Wizards have also grown in popularity abroad due to Japanese forward Rui Hachimura, who has yet to play this season due to personal reasons.

Hachimura’s presence on the Wizards helped inspire a similar Japan Day event back in January 2020 when Washington visited Toronto.

Ikeda added that a virtual Q&A this past summer with Watanabe helped build the momentum for the 2021 edition of Japan Day, which he hopes to continue moving forward.

One of the questions at Sunday’s event centred around Watanabe’s viral lowlight last season where Minnesota’s Anthony Edwards pulled off a dunk of the year candidate that landed the Raptors forward on the ground. But as he said to media earlier in the season, Watanabe knows that if he’s going to stand out, he will have to keep attacking the rim on defence.

“A lot of people these days are scared to get dunked on,” Watanabe said. “Sometimes, in order for me to play a lot of minutes, I have to do that dirty work. I’m gonna keep blocking shots, and hopefully, I keep proving people wrong.”

Ikeda said he first caught wind of Watanabe’s rise during his college days at George Washington but has been steadily impressed by his rise into an NBA rotation player.

“I never thought we would be standing here today and be talking about Yuta being on the Toronto Raptors as a regular player,” he said.

Ikeda said that the day was a big thrill for Raptors fans who were unable to see Watanabe play in Toronto last year while the team played the entirety of their home schedule in Tampa.

“I think just to be able to see him in person, especially after COVID… to see the chosen one in front of them, I think will be a night to remember for many people,” Ikeda added. ” If you remember the impact that [Vince] Carter has had on the current crop of NBA talent [in Canada], I think [Watanabe] and Rui are gonna have that same impact on the next generation of Japanese youth.”