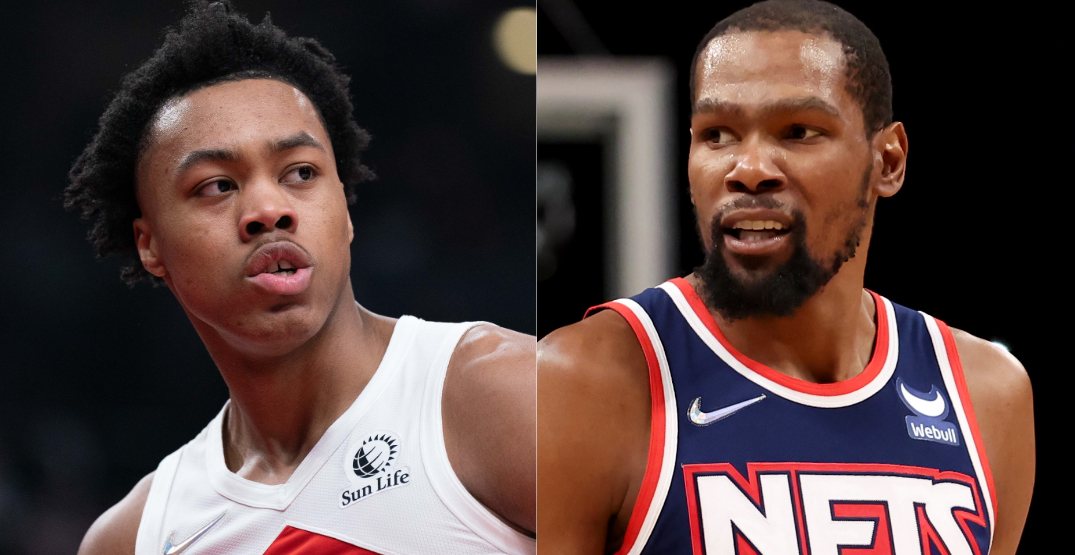 There’s been no shortage of rumours surrounding the Toronto Raptors and Kevin Durant in the past few weeks, and it appears Scottie Barnes could be holding up a potential deal.

On Monday, Adrian Wojnarowski of ESPN said on Get Up that the Raptors aren’t willing to include the reigning NBA rookie of the year in a deal with the Brooklyn Nets to land Durant.

It’s led to an impasse.

Barnes, who beat out finalists Evan Mobley and Cade Cunningham for the crown as the NBA’s top freshman back in April, averaged 15.3 points, 7.5 rebounds, and 3.5 assists in 74 games this past season.

The Raptors have been considered a frontrunner to land him for most of the month. Toronto is +400 to be Durant’s team next season, according to Draft Kings — the third-best odds behind the Nets (-120) and Phoenix Suns (+225).