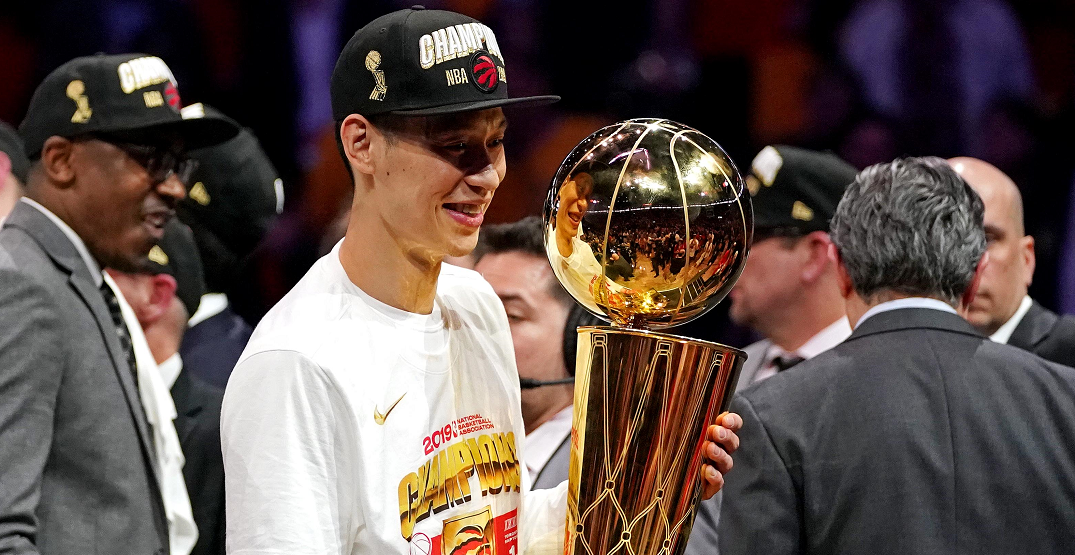 When Jeremy Lin walked off the court at Oracle Arena on June 13, 2019, as the Raptors won the NBA championship, he didn’t know it’d perhaps be the final moments of his NBA career.

Lin’s star rose meteorically as a member of the New York Knicks back in the 2011-12 season, as an undrafted free agent already on his second NBA team. In February 2012, “Linsanity” took the sporting world by storm, as Lin put up All-Star numbers seemingly out of nowhere, averaging 24.6 points per game and 9.2 assists over a ten-game stretch.

After bouncing around seven NBA teams, Lin joined the Raptors in February 2019 as a free agent veteran, some 450 games into his NBA career. Capping things off with becoming the first Asian-American player to win an NBA championship, Lin was unable to re-sign with the Raptors, or any NBA team for that matter. Lin played just 27 minutes as part of the Raptors’ playoff roster, but still felt he had more to give to the NBA.

Lin spent time with the Santa Cruz Warriors G League side as well as the Chinese Basketball Association’s Beijing Ducks, but his last appearance on an NBA floor came in a 51-second stint in Game 3 of the 2019 Finals. Once arguably the biggest sporting story in the world for a three-week stretch, Lin’s final call back to the NBA is still on hiatus.

In May 2021, the now 33-year-old Lin addressed the reality that his NBA career might be over.

“For reasons I’ll never fully know, that chance never materialized,” he wrote in the post. “But I proved I’m better than ever and an NBA player. And like I’ve said before…dream big dreams, risk big heartache.”

Lin returned to Toronto this past weekend as a headliner (along with actor Simu Liu) for the Canadian Chinese Youth Athletic Association (CCYAA) Celebrity Classic basketball game, one of his first appearances in the city since the championship parade.

“A lot of times people ask, like, how did you make the NBA or how did you make it to Harvard or how did you win an NBA championship or all these like big questions, right. But what they don’t realize is that to get there, it takes a ton of small steps,” Lin said to a group of attendees at the Youth Jamboree portion of the day.

Lin is working on the launch of new basketball schools across the GTA, along with his Jeremy Lin Foundation and the CCYAA, to help inspire future Raptors.

“To me, by the time I leave this earth, I hope it’s not like, ‘that’s the next Jeremy Lin.’ I hope that’s just who that kid is,” Lin said in a pre-game press conference before the celebrity game. “Just because you’re Asian doesn’t mean you get pigeonholed to the one Asian player. [When I was growing up], you didn’t really see Asians playing basketball. So I was always looked at in a certain way, laughed at a certain way or just called different names.”

With Simu Liu at his side, Jeremy Lin reflects on his #Raptors tenure:

“Toronto is one of those cities and one of those experiences I’ll have forever… my heart always feels like it’s here.” pic.twitter.com/4MM8InazqL

“As a celebrity, people think it’s very one-way,” Lin added. “Like, oh, we bring our talents and bring it to the world but really the world gives a lot to me. As a basketball player, Toronto is one of those cities and one of those experiences where, I’ll have it forever. My heart always feels like you know, it’s here. It’s amazing. [I have] a lot of love and just a lot of like reflection and gratitude coming back into the city.”

For his close pal Liu, the experience of having Lin at the event was extra special.

And while he plays a superhero on screen in Marvel’s Shang-Chi and the Legend of the Ten Rings, Liu thinks that there’s a vast difference in the true talent levels between him and Lin.

“Anytime I’m thrown into a conversation with Jeremy just I really don’t think that there’s like any comparison to dropping 38 points at Madison Square Garden against Kobe’s Lakers. I was in a Marvel movie,” Liu said.

“I was in a Marvel movie? Talk some sense into this guy,” Lin retorted.