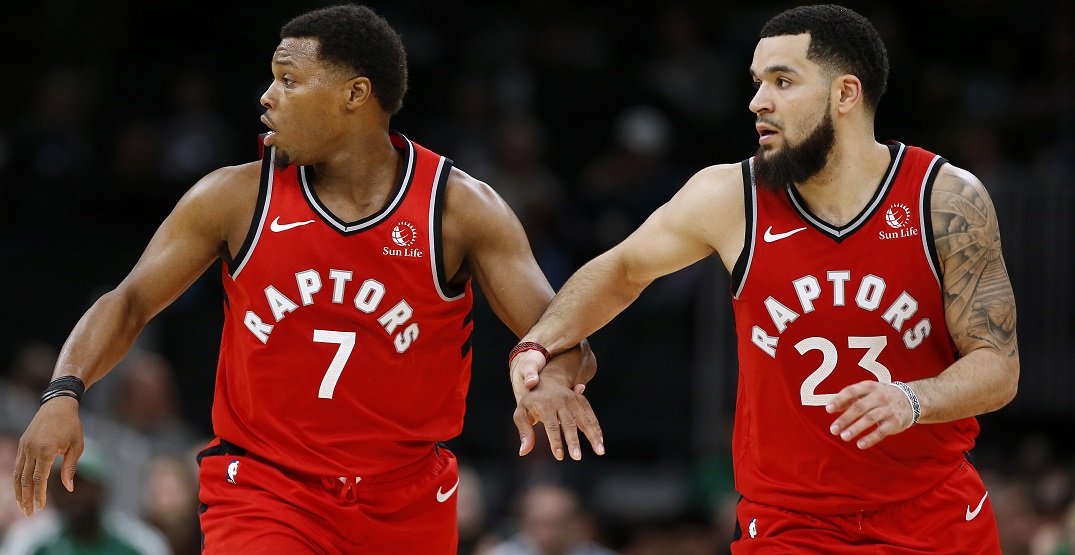 Lowry, of course, went to the Miami Heat this summer in a sign-and-trade deal that brought Goran Dragic and Precious Achiuwa back to the city.

“We talk just as much as we did when he was here,” VanVleet said in an interview on The Raptors Show with Will Lou on Sportsnet 590 The Fan.

“The only difference is I’m just not seeing him. We’re texting every day, or every other day, you know, FaceTime and talking, chatting after games. He checks in on me after my games and vice versa. So we’re talking quite a bit. This is obviously a relationship that’ll probably be for life. There’s a lot of love and respect there.”

VanVleet and Lowry were Raptors teammates for five seasons, including the NBA-championship winning run in 2019. VanVleet called Lowry a “Hall of Famer” in a post-game press conference last week.

In Lowry’s absence, VanVleet has taken on a de facto leadership role with the team. He’s currently averaging a career-high 38.8 minutes per game, which tops in the entire NBA.

“I have a journal,” VanVleet said. “I’m big on writing goals down and like manifesting things.”

But VanVleet added he doesn’t think that his increased role means he has to be selfish about his success, as the Raptors look to return to the postseason after missing out last year for the first time in his career.

“I won’t probably achieve any of [my goals] if we’re not a good team,” VanVleet added. “So like I can chase [my individual goals] while chasing winning because you know if we’re not winning, it doesn’t matter. I felt like I was an All-Star calibre player last year, especially in spurts before the end of the season. I had a pretty strong case, but we just weren’t in the race for being one of those top teams.”

The full interview with VanVleet and Lou is available here.