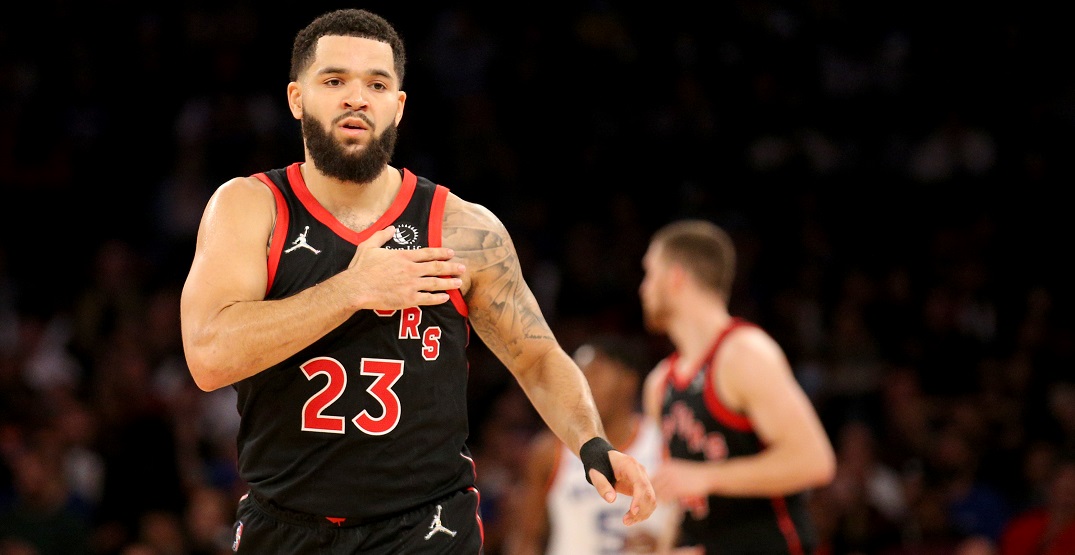 After a 27-45 season last year while playing the entirety of the team’s schedule away from Toronto, the sixth-year veteran said he’s been having a great time as the team currently sits three games above .500 with a 6-3 record.

“Did you watch us last year?” VanVleet told reporters on Wednesday night, following the Raptors’ 109-100 victory over the Washington Wizards.

“That’s the beauty of having a young team… you can enjoy these wins and enjoy the growth and just appreciate like the effort and the attention to detail and guys that are locked in and trying to get better every day.”

The team’s riding high on a five-game win streak, their longest since a seven-game run in the NBA bubble in August 2020. It’s also the team’s first 4-0 start on the road in franchise history.

VanVleet put up a season-high 33 points in the win, while also adding six assists and three rebounds.

With 292 games played for the team, VanVleet sits only behind Pascal Siakam (332) when it comes to Raptors experience amongst current players. This year’s Raptors features four rookies, as well as three players with three years or less of NBA experience.

“I’m that old angry man, if you can believe that, at [age] 27 for this team,” VanVleet said. “I’m kind of the guy that’s barking all day. These guys are playing their butts off, and they’re playing hard. And we’re flying around, and we got to keep it going.”

At 38.8 minutes per game this season, no player league-wide has touched the floor more than VanVleet.

“We’re not gonna talk about the minutes this year, how about that,” VanVleet said with a laugh.

“I have a little more responsibility this year in terms of just making sure we get good shots,” VanVleet added.

VanVleet said this year’s team has given him perspective on what the organization expects from themselves — a return to title contention.

“We definitely don’t get championships in October and November,” he said. “But it’s not a bad place to be playing good and growing as a young team early and we’ve learned many years [that] these wins do matter towards the end of the year as you start to fight for playoff position. So I like where we are, but we have a long, long, long way to go. But I think that we’re heading in the right direction.”

When it comes to who VanVleet looks up to still, there’s no surprise who he named: former Raptor Kyle Lowry, who’s currently a member of the Miami Heat. The Heat, at 6-1, are on a five-game win streak of their own and currently sit first in the Eastern Conference.

“I played next to a Hall of Famer for five years,” VanVleet said of playing with Lowry. “Me and him had a great chemistry. I’ve probably missed Kyle more on defense than our offense to be honest with you, but I’m just trying to find a flow and learn my guys.”

“You inspired me last night,” VanVleet shot back, as Lowry put up 22 points of his own on Tuesday night against the Memphis Grizzlies.

The Raptors are slated to continue their schedule tomorrow night at Scotiabank Arena 7:30 pm ET against the Cleveland Cavaliers.