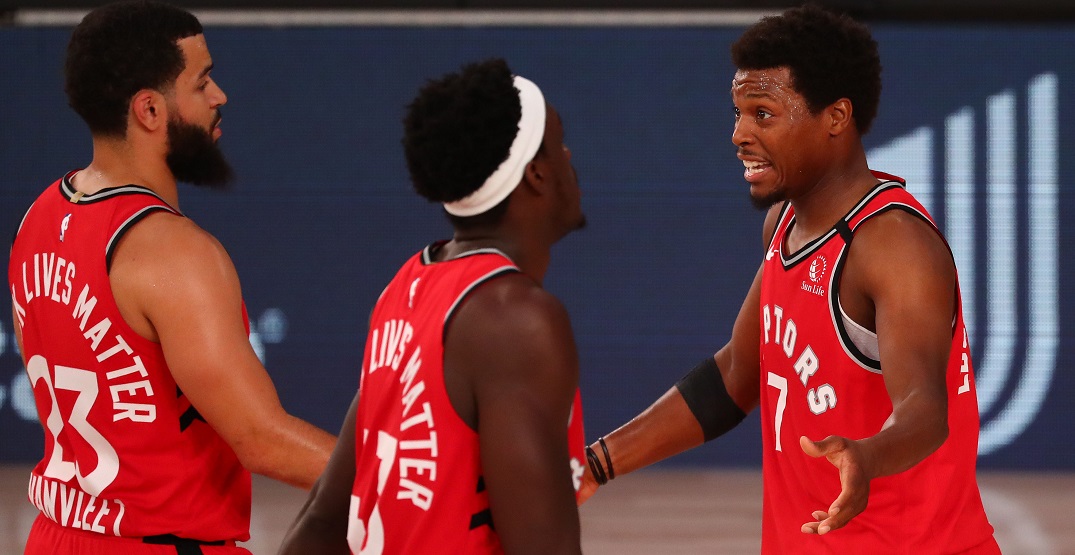 For his first five seasons in the NBA, Toronto Raptors guard Fred VanVleet always had a friend to turn to in teammate Kyle Lowry whenever the going got tough.

And while the two maintain a strong friendship, things have been a little different this season with the two on separate teams for the first time.

The Raptors are set to face off against Lowry’s Heat on Monday evening in Miami, their first matchup since his departure in a sign-and-trade this past summer.

For Raptors fans, it’ll be a little strange watching yet another reunion with a member of the 2019 championship roster.

VanVleet said he felt a greater emphasis was placed internally on Lowry’s potential return to Toronto on February 1, though he’s unsure what to expect with Ontario’s COVID-19 restrictions.

“Given the circumstances, I think everything’s a little bit more cloudy,” VanVleet said about the Raptors’ current lack of fans at their home games. “But definitely I’m looking forward to playing against the old man for sure.”

Both Lowry’s Heat and VanVleet’s Raptors are 7-3 over their last ten games. The Heat sit third in the Eastern Conference, while the Raptors are in eighth place.

When asked about Lowry’s contributions to the team over his nine seasons in Toronto, VanVleet had a lengthy list of things to praise.

With Toronto coming off a statement 103-96 win over fourth-place Milwaukee on Saturday evening, Monday’s matchup is a chance for the Raptors to assert themselves in the Eastern Conference’s playoff race.

On Friday, former Raptors coach Dwane Casey called VanVleet a “clone” of Kyle Lowry. When asked about what his response to the comparison was, VanVleet offered a candid reply.

“I think it is a heck of a compliment regardless of if I agree with it or not,” VanVleet replied. “I think that I certainly have shown some of the similarities that Kyle has done and what he meant to this franchise and to this team. It’s my job to step up and kind of fill that void in that role.”

But VanVleet also downplayed their on-court playstyles, while adding that he hopes his old coach puts some action behind his words.

“I think we play completely different and we bring different things to the table, but that’s probably as good as a compliment you can get you know from someone like from [Dwane Casey] who’s seen a lot of players throughout his NBA career. I’ll take the compliment, and you know, [Dwane and I] have a great relationship. So that was that was nice to him to say, and he better vote for me for [the All-Star game].”

In the latest NBA All-Star voting results, VanVleet and Raptors forward Pascal Siakam were ranked eighth in the Eastern Conference amongst guards and forwards, respectively.

Meanwhile, Siakam said he’s hoping to avoid any physical confrontations with Lowry when asked what he’s expecting from Lowry on Monday night.

“Hopefully no charges,” Siakam joked. “Especially on me.”

But like VanVleet, Siakam said he’s looking forward to reconnect with his old friend.

“It’s gonna be fun just seeing him,” Siakam added. “I don’t know what his mindset is gonna be. But I think for us, it’s just coming in seeing the familiar face, enjoy the game. It’s Miami, go out there, have fun, play hard, and try to get a win. I think that’s all we think about and at the same time, it’s just good to see familiar faces.”

Raptors head coach Nick Nurse was a bit more muted when it came to his expectations of Lowry.

“I don’t really have much to say other than I would imagine he’s gonna play super hard, and he’s going to get his guys ready,” Nurse said. “And when he does that, good things happen. We know that right? He’s one of the best at getting out other guys to come with him and, and get ready to play hard.”

Toronto and Miami face off tomorrow evening at 7:30 pm, with the game being broadcast on Sportsnet.