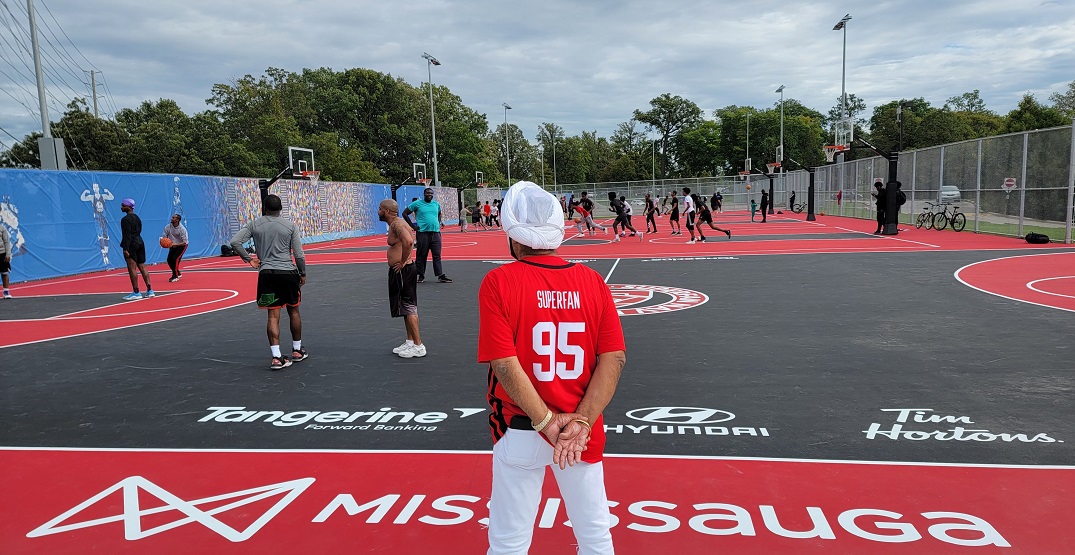 Raptors superfan Nav Bhatia has unveiled four new basketball courts as part of a partnership between his foundation and the city of Mississauga.

The courts are located at Malton’s Paul Coffey Park, and were officially opened this past Saturday.

Bhatia has been known as the Raptors’ superfan since the team’s inception, having been a season ticket holder since 1995. He donated $150,000 in order to contribute to the court’s construction.

“Malton is very special to me,” Bhatia said. “It is where my family began our life in Canada. It was here we were embraced by the rich diversity of the community; families much like ours, excited to begin their lives in Canada or to help those newly arrived.”

There are three full-size courts as well as an International Basketball Federation (FIBA) regulation size court.

“There is no better place I can imagine constructing the first Superfan Nav Bhatia courts for the youth than in Malton,” Bhatia added.

“We are proud to give back with these courts. Basketball changed my life and I hope these courts will bring people together for generations to come.”