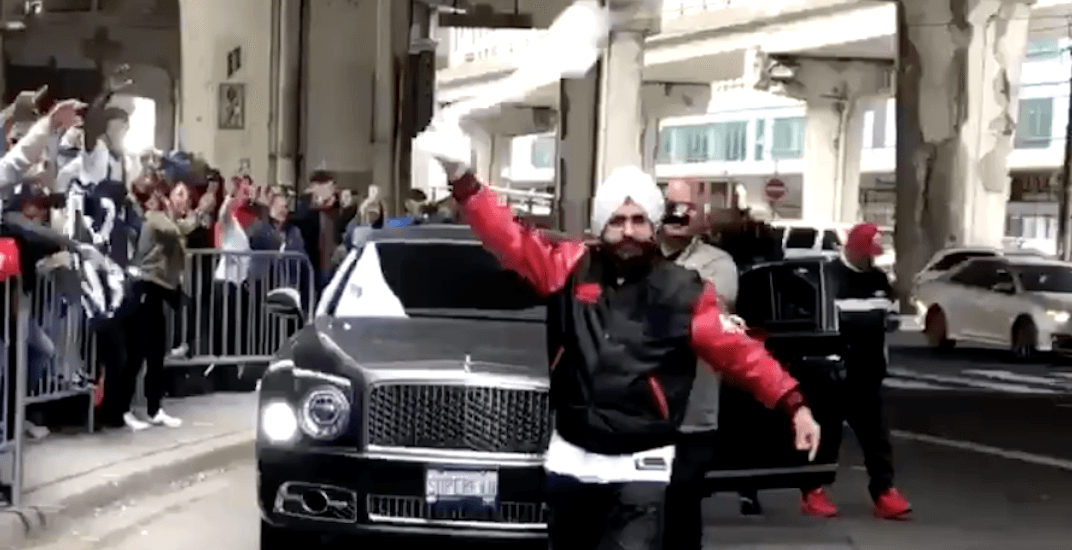 Forget Drake – or even Kawhi Leonard or Steph Curry – the star of the five days leading up to the NBA Finals in Toronto has been Nav Bhatia.

The Raptors Superfan is getting his time in the limelight, and deservedly so. He’s been everywhere this week, making the media rounds.

He even allowed Daily Hive into his home, where we checked out his epic memorabilia collection.

Well the waiting is nearly over and it’s time to start the series. So who better than the Superfan to get you pumped up?

After rolling up to Scotiabank Arena well before tip off, Nav stepped out of his car to help whoop up the crowd. Grabbing his signature white towel, the Superfan accomplished his goal, as fans roared.

It’s been a busy day for Nav, who along with former Raptors star Chris Bosh, was on Good Morning America in Jurassic Park this morning.

How the day started. 7am Jurassic park with a few of my closest friends live on @goodmorningamerica with @officialtjholmes . Gave away a pair of tickets for tonight. Feels so surreal. The city,actually, the country is watching Game 1