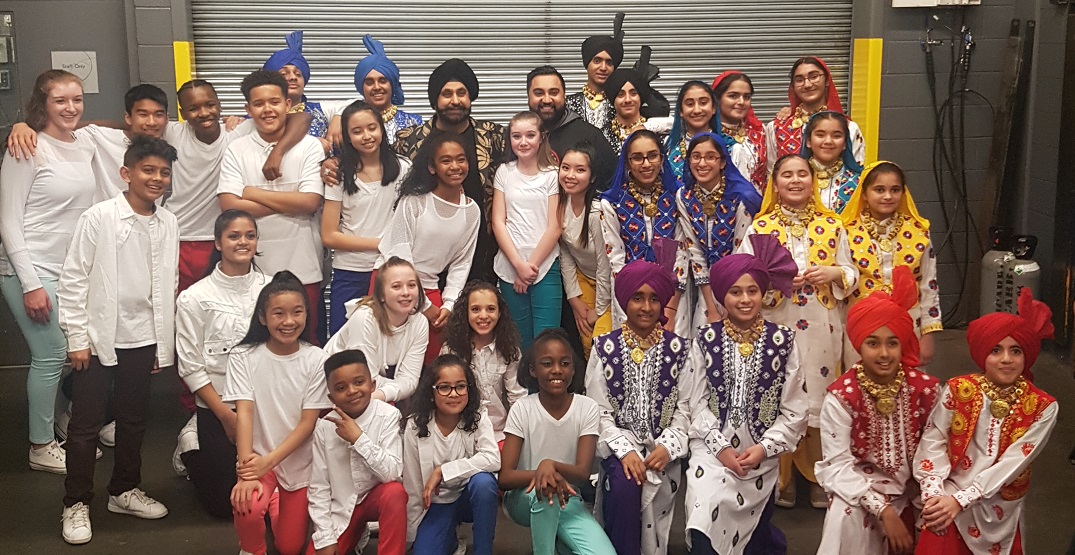 On Thursday night against the Philadelphia 76ers, the Raptors will be celebrating the Hindu and Sikh solar New Year, which occurs on April 14.

First established in 1999, the annual Baisakhi game returns after a two-year hiatus and is the longest-running heritage night in the NBA.

Bhatia originally approached the Raptors with the idea over 20 years ago, buying up 3,000 tickets to give to local fans to attend the first version of the event.

“The whole premise of Baisakhi is if you can get South Asian kids and Sikh kids to come to the game and sit next to people of all different colours, eventually they’re going to integrate into the mainstream,” Bhatia’s manager Rinku Ghei said in an interview with Daily Hive. “Everybody from ‘the mainstream’ that’s not used to being around a Sikh kid, is going to now sit there with them for 48 minutes and have a common goal of cheering on the Raptors and realize they’re not really that much different.”

“[Bhatia was] fed up with all the discrimination he was facing. He gets anointed ‘Superfan’, but he’s still facing all this discrimination. At one point he just says that ‘enough is enough,'” Ghei added of the initial event. “There was still a lot of hesitation [with running a Baisakhi night promotion]. [Bhatia told the Raptors], ‘Let that be my headache. Let me do what I’m doing.'” 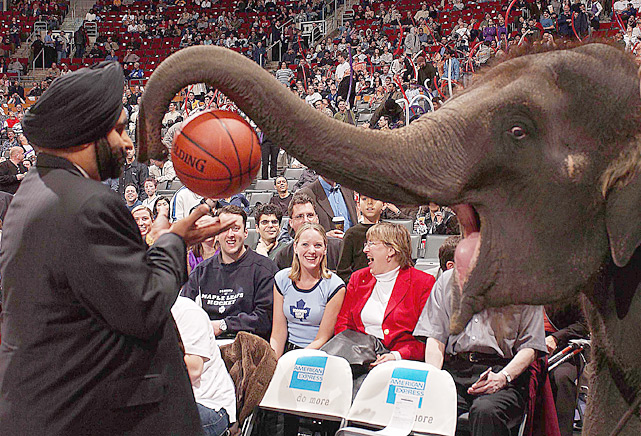 Bhatia courtside with an elephant (Supplied by Nav Bhatia)

“He’s done an incredible job at bringing diversity into the game,” Ghei added. “The Raptors actually acknowledged that a lot of the diversity that exists in [Scotiabank Arena], especially with South Asians, is because of [the] Baisakhi [games].”

The game has seen praise over the years from commentators Jack Armstrong, Matt Devlin, and Leo Rautins, as well as Drake, who serves as a worldwide ambassador for the Raptors and attended the 2014 edition of the game. 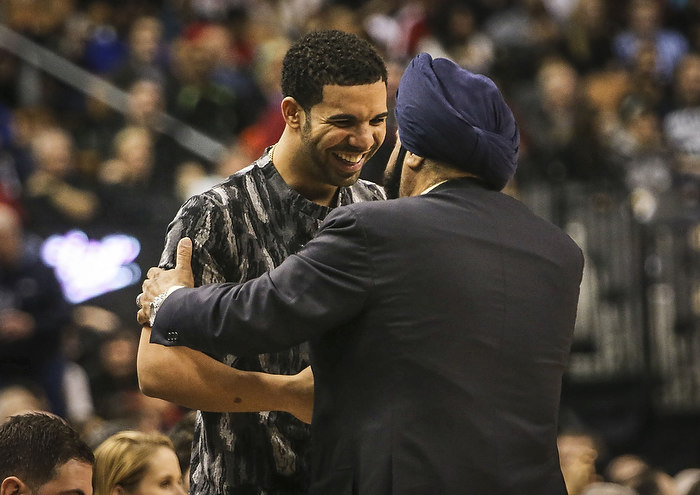 The Raptors mostly leave the creative control of the game’s promotion and festivities to Bhatia and his team.

“They know whatever we do, it’s in the best interest of everybody,” Ghei said. “They just give us a date. And they let us go to town with that because we have a 20-plus year history. So they’re very comfortable with us.”

Ghei added that other NBA teams and cities have contacted Bhatia in order to help run similar heritage night promotions, which have since become commonplace in pro sports over the past two decades.

DJ KSR, Jade’s Hip Hop Academy, and Nachdi Jawani will all have performances on Thursday, after the last two iterations of the game were cancelled due to COVID-19 cancellation of the league in 2020, and Toronto playing all of their home games last season in Tampa.

Ghei added that the shift of Baisakhi has shifted into a wider range of music genres from the performers, primarily of hip-hop and bhangra.

“Everybody absolutely loved it,” Ghei said. “It’s a melting pot of cultures and music now.”

Bhatia posted a promotional video about the event, sharing on Instagram that “It’s finally back… see you there!”

The night also serves as a special one for former Raptor Danny Green, who is set to finally receive his 2019 NBA championship ring in a pregame ceremony.

Tipoff is set for 7 pm, with the game also being available to watch on Sportsnet.