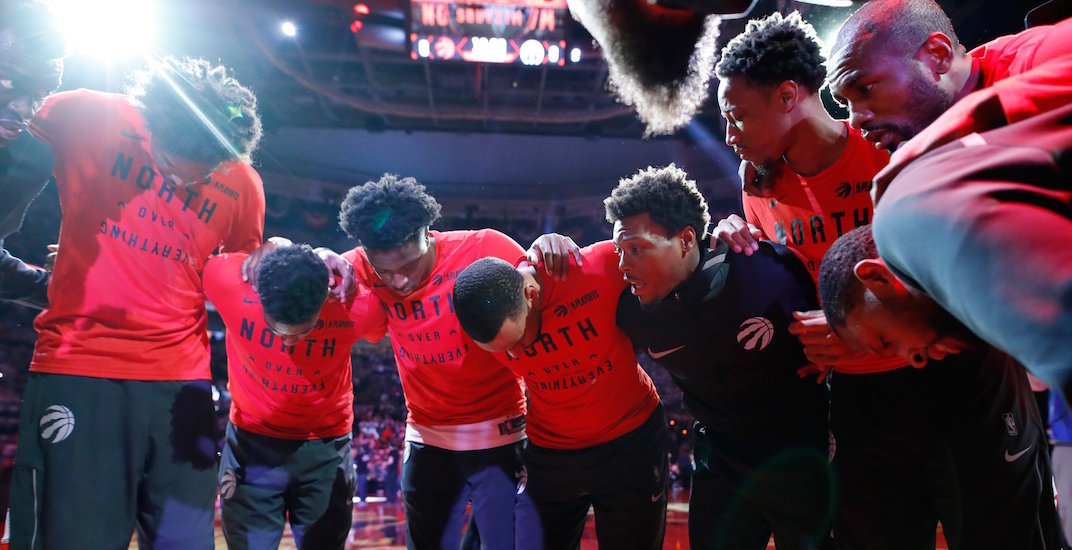 It hurt not just because the Toronto Raptors were eliminated for a third straight season by the Cleveland Cavaliers, but because of how they were beaten. This year was supposed to be different.

In the end, the Raptors proved the critics right. They were swept in four straight games, getting embarrassed in two of them.

The knee-jerk reactions have already begun, with pundits everywhere calling for sweeping changes, but that’s not wise. The best course of action is the one that’s probably an unpopular one for many fans right now: stay the course.

Four games in one week – although soul-crushing – should not undo all the good that Toronto did this year. Don’t throw the baby out with the bathwater, so to speak.

The Raptors won 59 games and were one of the top teams all year after changing the way they played, while giving their starters fewer minutes. They’re also a young team, with many new faces in the lineup this year.

The Raptors should not blow up the team and begin a rebuild. Here’s why:

1. They’re locked in to their veterans

When Masai Ujiri re-signed Serge Ibaka and Kyle Lowry to extensions this offseason, the plan was to go for it for the next three years.

They’ve committed themselves to Ibaka, Lowry, and DeMar DeRozan, so blowing it up isn’t that simple.

Getting fair market value in return for their veterans will be difficult.

The Raptors are also committed to every other player on the roster except for Fred VanVleet, Lorenzo Brown, and Lucas Nogueira, who are all pending free agents.

2. They have a young team

The Raptors bench is made up of players on rookie contracts, excluding Miles.

OG Anunoby appears to be someone who can be a 3-and-D starter in this league, while Pascal Siakam’s ceiling is high. Jakob Poeltl continues to be a force at centre, Delon Wright is versatile, and Fred VanVleet is quite simply one of the best bench players in the league.

And if Norman Powell can return to form, the Raptors will have a deep lineup for years to come.

LeBron James has been to seven straight NBA Finals, with a great chance to make it eight in a row this season. So the Raptors are in good company losing to LeBron.

James as well is a free agent this offseason and many have reported that he could be looking to sign in the Western Conference with Houston or Los Angeles. Having James leave the East will give this Raptors team a legitimate shot to reach the NBA Finals.

They still may not win it, but who knows.

Every year since the Rudy Gay trade in 2013, a deal that changed the complexion of the Raptors roster, the team has improved. They’ve made the playoffs in five straight seasons, and had their best season ever this year.

The Raptors need to bet on themselves.

It’s important not to lose perspective.

Losing to LeBron again was tough to watch, but the Raptors are still in a position envied by most teams.

The Raptors are a perennial contender and are guaranteed to make the playoffs every year. If they decide to blow it up, it may take years, if not decades, to get back to this level of competition.

That’s a road they might need to go down, but not right now. Stay the course, see this through. The Raptors showed so much potential all season to overreact to a bad week.