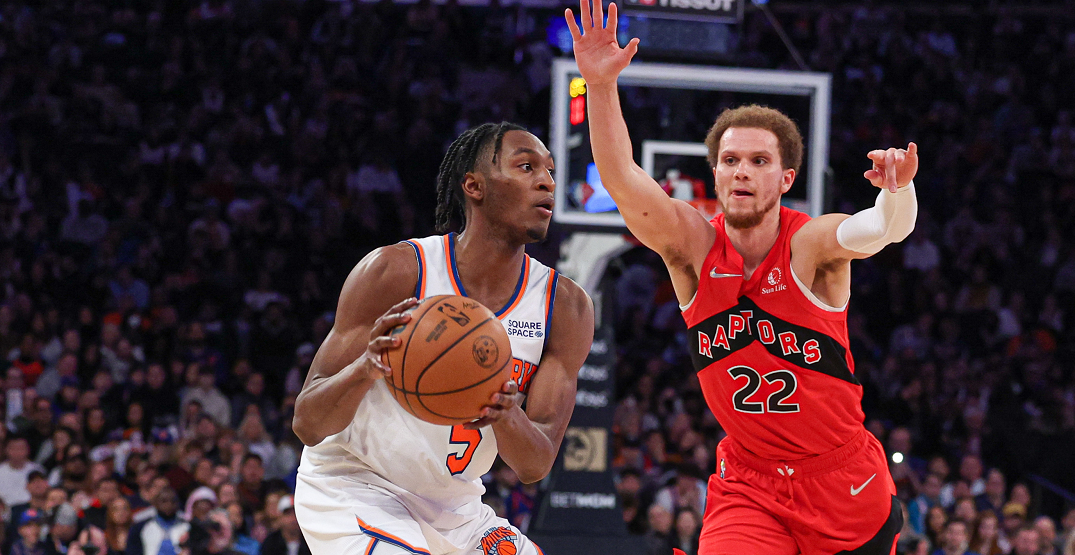 Toronto Raptors point guard Malachi Flynn is set to strut his talents in front of a local crowd this summer.

Flynn is among the featured names for the pro-am game hosted by basketball website and podcast Ball Don’t Stop taking place at Toronto’s Mattamy Athletic Centre on August 20 at 4 pm.

It’s the latest chance for Flynn to showcase his talents in front of an event made for social media highlights.

Flynn’s already put his name on the map as a pro-am legend this summer, dropping a combined 125 points in in two appearances at the Drew League and The Crawsover pro-am events taking place in July.

Malachi Flynn is a pure hooper. He had 50 at the Drew today. So much skill.

Malachi Flynn was originally selected by the Raptors in the first round of the 2020 NBA draft. In the two seasons since, he has averaged 6.0 points and 2.3 assists in 91 regular-season games with Toronto.

The full roster will be announced at a later date, featuring players from the Canadian and American collegiate and professional ranks.

Tickets are available via ticketweb, and cost $30 for a general admission ticket. With just 900 tickets available, they’re sure to be sold out soon.

In addition to the game, Flynn will also be hosting a camp partnered with Ball Don’t Stop the following day in Woodbridge, Ontario. More details can be found at balldontstop.com/camps.