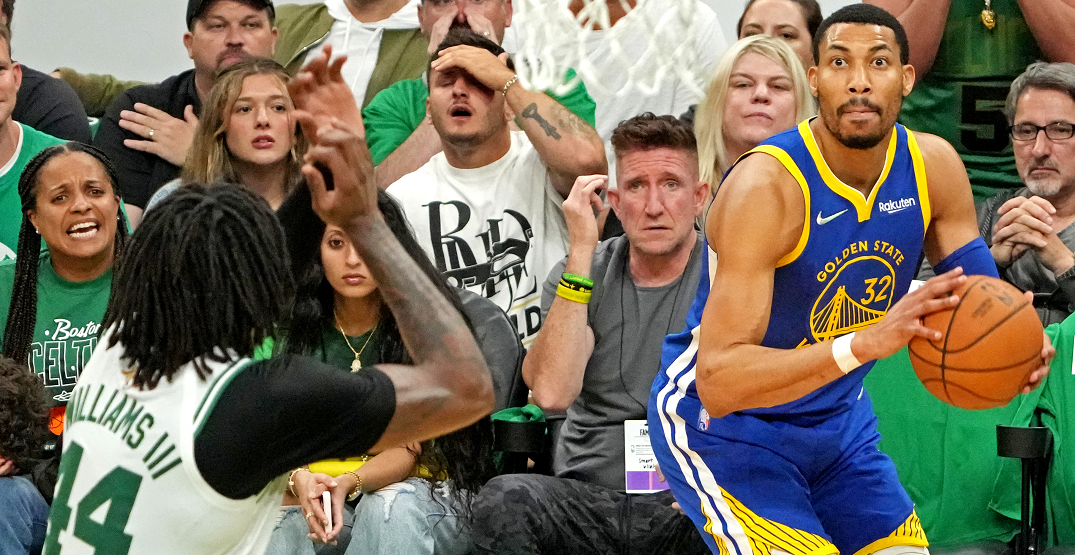 When the Toronto Raptors came calling for Otto Porter Jr., it wasn’t an easy decision.

In his own words, it was “like two weeks ago” when he was winning his first NBA title as a member of the Golden State Warriors.

But fate had it that Porter would end up signing a two-year deal with the Raptors, leaving behind the NBA-title winning side.

“Obviously winning a championship (with Golden State), I think a lot of guys were expecting everybody to be back to run at it again. It was a tough decision,” Porter said in a press conference Wednesday. “I’m locked in with those guys for life, we had an unbelievable year but this is a new opportunity for me — to come to Toronto and have aspirations of winning a championship here.”

There’s also a local connection to the Raptors for Porter: his wife is from the area.

“It’s just a lot easier for the family; a great organization, a great team, young team that has aspirations to get back to the top,” Porter said. “I’ve been here actually in the summertime so I know a lot about the city. So I know about the people and you know, the winters.”

Asked Otto Porter Jr. what it was like to play for Steve Kerr and what he’s expecting from Nick Nurse with the #Raptors:

“With Kerr, he’s focused on giving his guys confidence, and with Nick Nurse he does that already… it seems like everybody loves to play with each other.” pic.twitter.com/TFT3MCx8vw

At 6-foot-8, Porter fits the build of a prototypical Raptor: long, versatile, and switchable to multiple positions at both ends of the floor.

“That’s hard to play against and I think with this team we’re capable of going very far and playoff I think this team is definitely ready to get back to the Finals,” he said.

Asked to compare the coaching styles of his old boss Steve Kerr to Nick Nurse, Porter found some similarities.

“The system that they play is predicated with [Steph Curry] being able to be the head of the snake and playing with guys that are very unselfish and move the ball in play the right way,” Porter explained. “With Steve Kerr, it was more of just giving his guys confidence. And I think with coach Nick Nurse, he does that already.”

And it appears that the Raptors management is on the same page about Porter’s high aspirations.

“As an organization that’s working toward our next title, we believe that Otto – who understands what it takes to be an NBA Champion – is a great addition to the Raptors. He has proven himself at the highest levels in our game,” general manager Bobby Webster said. “He’s a versatile defender and high-level shooter who fits well with our team both on and off the court. We really value his high basketball IQ, his connections to our city, and we’re looking forward to getting started.”