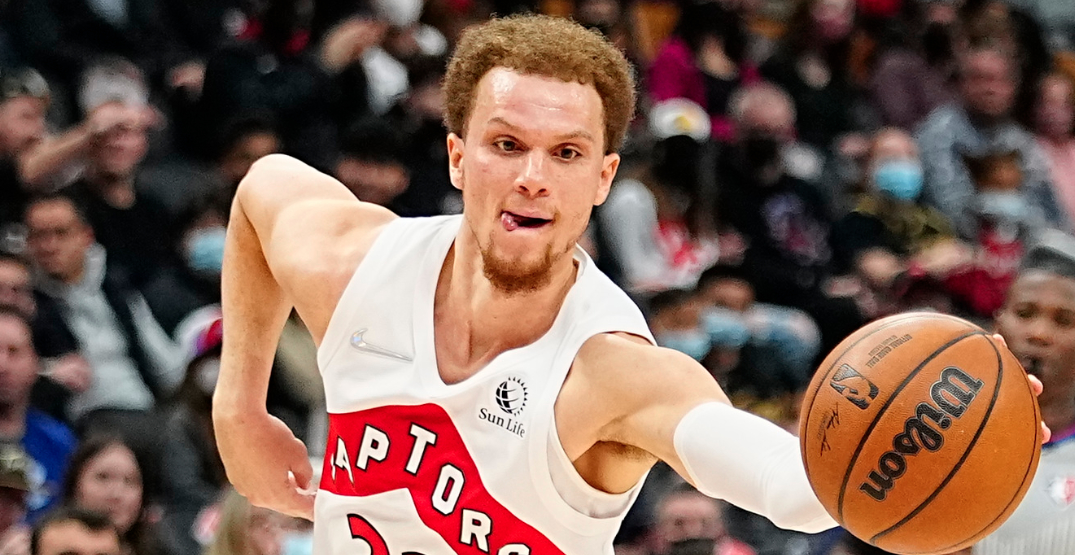 Malachi Flynn is having himself a time.

Flynn, selected in the first round (No. 29) in the 2020 NBA Draft by the Toronto Raptors, dropped 52 points, including eight three-pointers, with six rebounds and two steals in Los Angeles’ Drew League on Saturday, exactly two weeks after netting 73 points in Jamal Crawford’s CrawsOver Pro-Am in Seattle.

Suffice to say the summer months are treating the Raptors point guard well.

He drained 8 three-pointers on his way to 52 PTS and the win in the @DrewLeague 🔥@malachiflynn: 52 PTS, 6 REB, 2 STL pic.twitter.com/VxxPXI32qj

The question surrounding the 24-year-old is whether or not he can translate that momentum into the regular season with the Raptors.

The San Diego State standout hasn’t replicated the consistent success he enjoyed at school just yet, but has had flashes.

Still, opportunity has been hard to come by. Flynn played over 20 minute just 10 times last season, and 24 times he saw the court for fewer than 10 minutes.

He did have a stretch of four straight games starting in late February where logged an average of 35 minutes a game, and logged 16.0 points, 5.5 assists, and 4.0 rebounds while in place of the injured Fred VanVleet, who was out with a knee injury. The run includes a season-high 20 points on 7-for-14 shooting.

“I think he showed it in the week or whatever he played,” VanVleet said in May. “Malachi can play. I think there’s no question about that. How that fits with us and what we’re doing going forward, I’m not sure. But I think he’s a heck of a player. He’s got great potential.

“He can shoot, score and plays really well in ball screens, he can defend. So he’ll hopefully have some more opportunity going forward. And I know that when he gets his chance as he plays extended minutes he plays well. How do you crack that? How do you get into that rotation? I think that’s the challenge he has to overcome.”

Overall, Flynn finished 15 on the team in average minutes at 12.2 per game, and did not play in 23 games.

That could increase next season if he’s able to translate his summer success to an NBA court.