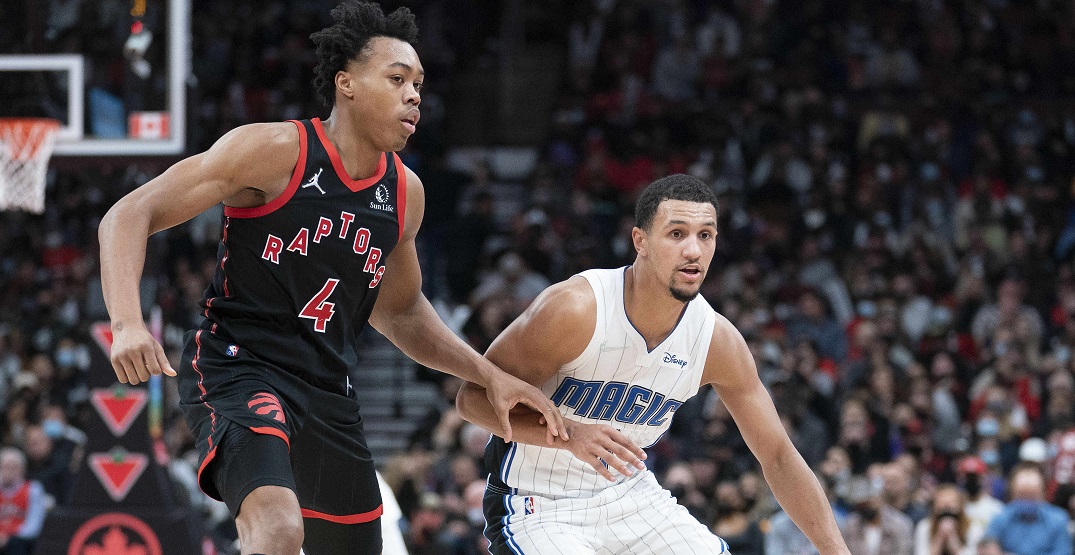 COVID-19 continues to wreak havoc across the sporting world, with the Toronto Raptors and the Orlando Magic being the latest victims.

The NBA announced Sunday that Monday night’s game between the Raptors and Magic has been postponed due to rising COVID-19 cases within Orlando’s organization, with the team adding five players to protocol on Saturday.

No make-up date has been announced yet.

Dalano Banton and Pascal Siakam are currently in COVID-19 protocols for the Raptors, having been added just over an hour prior to tipoff on Saturday night against Golden State.

In the Magic’s previous visit to Toronto this year, the Raptors came out on top in an exciting 110-109 score.

The Raptors are set to travel to Chicago to take on the Bulls this Wednesday, but that’s still in question with a rapidly evolving COVID situation league wide.

Chicago hasn’t played since December 11 due to an outbreak on its team, which also cancelled last Thursday’s planned visit to Toronto.

As of now, Chicago is still set to return to action tonight against the Los Angeles Lakers.

Meanwhile, the Magic are set to play in Atlanta on Wednesday before hosting New Orleans on Thursday, though further postponements could be on the horizon there as well.