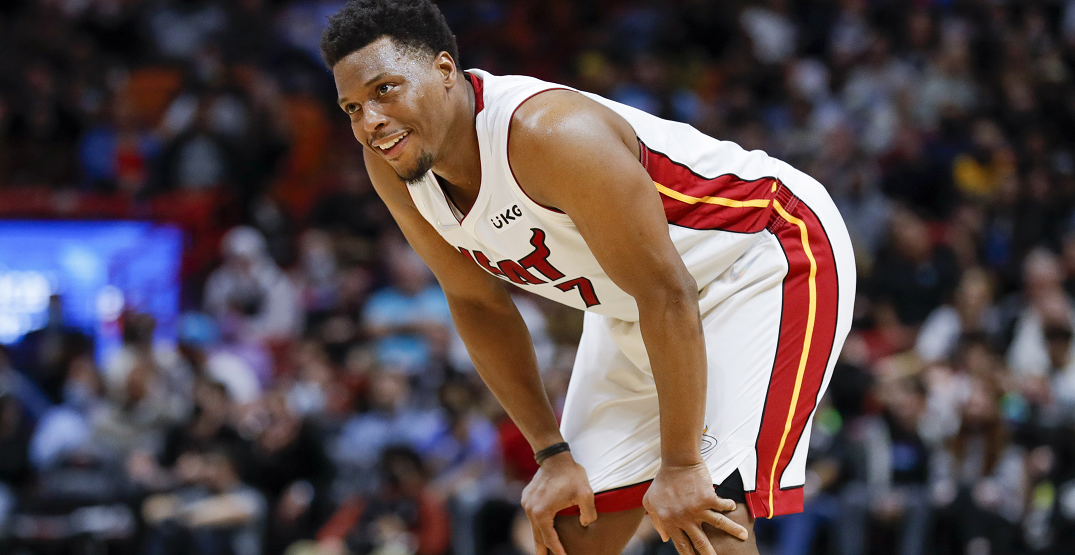 If you spend enough time talking and reading about Kyle Lowry, you’ll almost inevitably read a comment or see a meme or a joke about his “thick” figure.

Listed at 6’0″ and 196 pounds, Lowry has earned, well, an interesting reputation about his body type over his 16 seasons in the NBA, most notably about the size of his derrière.

It’s often referred to as a term of endearment, but Lowry admitted on an appearance on The VC show with Vince Carter that the comments used to have quite the effect on him.

“It used to bother me a lot, it used to really get to me, I’m gonna be honest with you. Now, I don’t care,” Lowry said when asked about being called ‘thick’. “It actually works to my advantage.”

Partially due to his frame and partially due to a willingness to stand in front of bigger players, Lowry also has a well-earned reputation as perennially being one of the league leaders standing his ground to draw offensive fouls from his opponents. Despite missing 19 games last season, his first with the Miami Heat, Lowry still finished third in the league with 25 charges drawn.

“I’m in my office right now, I’m just gonna be a little bit cocky,” Lowry said, before listing off a series of his accomplishments. “For me, a man that’s never been crazy athletic, “thick”,  whatever, I’m looking at all-time steals, all-time something else, a 2016 Rio (Olympics) basketball, I wasn’t supposed to have that, I stole it, couple All-Star rings, a couple all star basketballs, “thick” has been good for me. I’m cool with it.”

Carter then shouted out Lowry’s 2019 championship with the Toronto Raptors.

“I embrace it, I love it,” Lowry continued. “I’m happy. You’re keeping me alive. Keep hope alive, brothers… Y’all can create all the memes y’all want.”