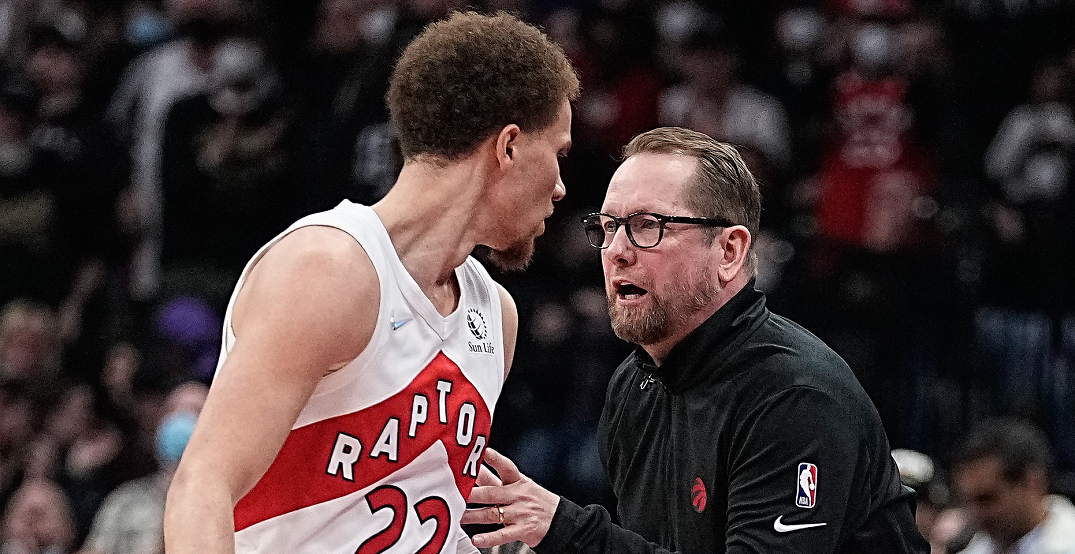 From the outside looking in, Toronto Raptors point guard Malachi Flynn and head coach Nick Nurse might appear to have a bit of a contentious relationship.

Flynn played just 44 out of a possible 82 games for the Raptors last season, and played 15 minutes or more in just four of the team’s final 22 games.

But Nurse spoke glowingly of Flynn’s potential and future fit on the Raptors’ next season.

“I really believe there was a window there last year where he was starting to [turn a corner] before an injury sidetracked himself. And I think that a lot of the [players who stay in the rotation] does get determined by injury,” Nurse told reporters at a golf tournament held on Wednesday for his self-titled foundation.

Nurse also gave a bit of a window for the backup point guard split between Flynn and rookie Dalano Banton. Neither Flynn nor Banton ever truly grabbed hold of the second unit, with Scottie Barnes or Pascal Siakam often running the point while Fred VanVleet was sitting and/or injured as the season carried on.

“Last year [at times] we played Dalano in the first half [of games] and Malachi in the second, or something like that. I don’t know why we were doing it, to be honest. But it seemed to be the feel and the right move,” Nurse said. “And they’d both play good, and then we’d be go to the next game and do it again. There will be some sort of that jockeying around [for playing time] next season.”

And Nurse was definitely keeping an eye on Flynn’s 125 points in two pro-am events so far this summer.

“That guy looked great the other day in LA,” Nurse said of Flynn’s 52-point performance in the Drew League pro-am event. “This is a big year for him to step up.”

Malachi Flynn is a pure hooper. He had 50 at the Drew today. So much skill.

The next item for Flynn on the calendar so far is the Ball Don’t Stop pro-am, taking place on August 20 at Toronto’s Mattamy Athletic Centre.

When the games start for real (sort of), the Raptors are set to kick off their preseason schedule on Sunday, October 2, where they face the Utah Jazz at Edmonton’s Rogers Place.