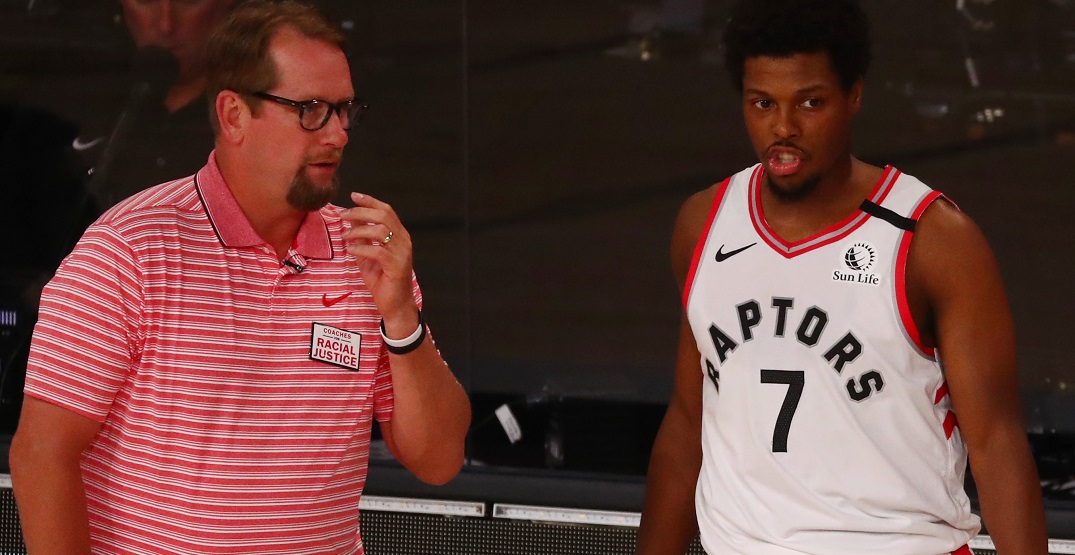 “All I can do is try to get back to him as much as he’s given to me,” current member of the Miami Heat Lowry said Wednesday from Wooden Sticks golf course in Uxbridge, Ontario. “Obviously, I’m here for a reason.”

Lowry and Nurse spent eight seasons together in Toronto: five with Nurse as an assistant, as well as three years of him being the team’s head coach.

“Me and him had a great relationship prior to him even being head coach [of the Raptors],” Lowry said. “And we always had this same type of mantra about winning and understanding and trying to be innovative.”

With Nurse on the coaching staff, Lowry picked up six All-Star appearances, and, of course, the organization’s first-ever NBA title in 2019.

“He’s such a great man,” Lowry added. “He helped me in my career tremendously.”

Asked Kyle Lowry about how his relationship with Nick Nurse developed over his #Raptors tenure:

“We always had this same type of mantra about winning. Nick’s a friend of mine, and we got closer and closer… he’s such a great man. He helped me in my career tremendously.” pic.twitter.com/bbzK8Ml9qT

Lowry was competing in the golf tournament alongside basketball legend and Hall of Famer Julius Erving, who starred in the former’s hometown of Philadelphia for 11 seasons as a member of the 76ers.

Lowry didn’t appear too interested in discussing his first season in Miami, focusing mostly on the golf aspect of the day.

But he took an opposite tone from his end of season press conference following the Heat’s Game 7 loss to the Boston Celtics in the Eastern Conference Finals, where he called his first season in Miami a “waste of a year.”

“We had a great season. We were one shot away from the Finals,” Lowry said.

Kyle Lowry disputes the idea his #MiamiHeat team “didn’t have a lot of success.”

“We had a great season. We were one shot away from the Finals…”

On coming back stronger next year:

“If you know me, you know I do what I do. I don’t talk about it, just go out there and operate.” pic.twitter.com/jHKHVe9UGm

Always known for his craftiness, Lowry even joked he’d be fudging up the scorecard if necessary.

Lowry did delve a bit into his own off-court this past season, something he said he is still “dealing with.”

Lowry missed a two-week stretch of the season from January 17 to February 1 for undisclosed personal reasons.

“Life happens,” Lowry said. “You just have to continue to get better and focus on the things that you can control and try to help as best you can.”

But Lowry added that he’s looking forward to a shot at competing in his second year of a three-year contract with Miami.