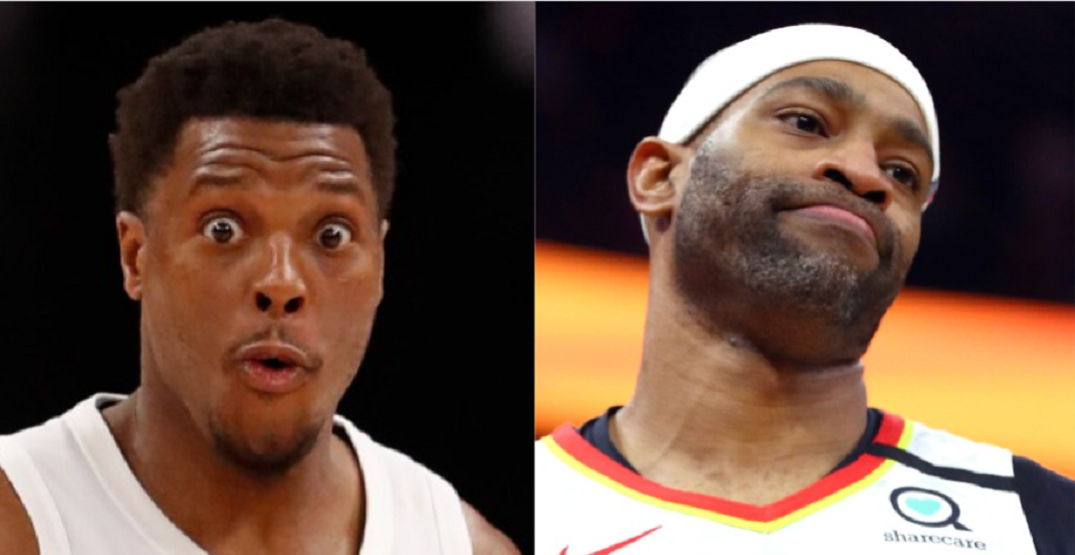 Kyle Lowry revealed a pretty big truth this week: he once tried to recruit Vince Carter to rejoin the Toronto Raptors.

In an appearance published Thursday on ESPN’s The VC Show with Vince Carter, Lowry stated that he was pushing for Carter to come back north of the border in the 2018 offseason, one year before Toronto won their first-ever franchise title.

“I tried to get Vince back with us [in Toronto]… and Vince was ALL IN.”

Would you have liked to see Vince Carter back with the Raptors before his retirement?

“Just so everyone knows, we were trying to get that done,” Lowry continued. “But business is business so I’ll keep that [private].”

Carter ended up signing in Atlanta, where he’d spend the next two seasons before calling it an NBA career.

Carter averaged 23.4 points, 5.2 rebounds and 3.9 assists in 403 games for the Raptors in his career, while making four All-Star games across seven seasons in a Toronto uniform.

Despite the way it ended for him in a Raptors uniform, Carters always had a soft spot for Toronto in his heart.

“There’s players that are dying to get to Toronto, saying that Toronto was one of the best-kept secrets — which I’m well documented saying that 20 years ago,” Carter said last month in response to comments made about the city by Fox Sports’ Chris Broussard.

You can watch the full Kyle Lowry podcast appearance here: