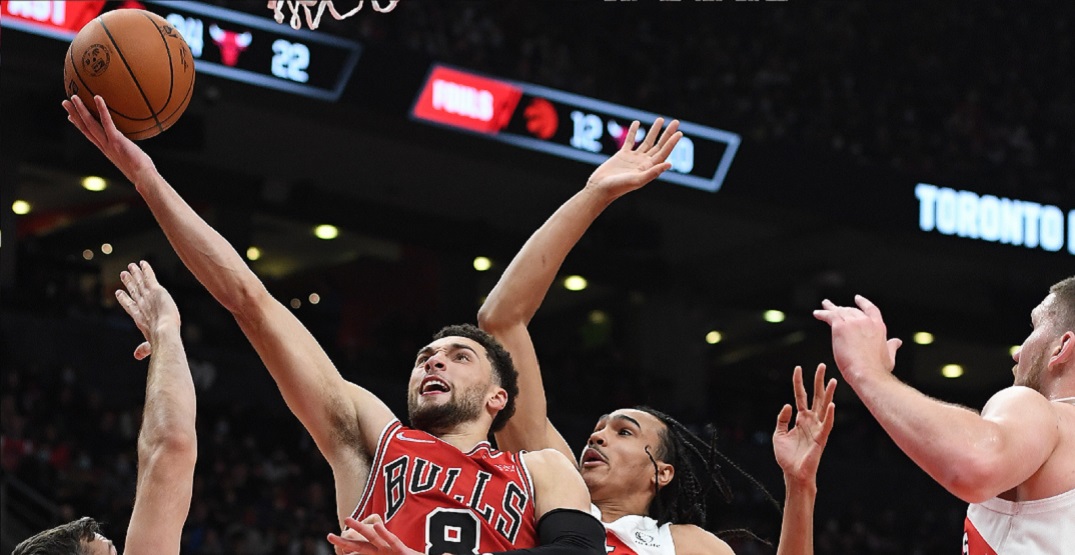 COVID-19 cases in the NBA continue to be on the rise, with the possibility now growing that it could impact the Toronto Raptors’ upcoming schedule.

The Raptors have a lone player in league COVID-19 protocols: forward Precious Achiuwa, who is expected to be out until at least this Wednesday, December 15.

Achiuwa tested negative, but was deemed a close contact of a case at the Giants of Africa event outbreak, which included team president Masai Ujiri testing positive earlier this week.

22 players across the league are in COVID-19 protocols.

But while the Raptors’ roster appears to be okay for the time being, other teams across the league aren’t seeing the same fate. New York’s Obi Toppin and RJ Barrett — who both played Toronto on Friday — entered the Knicks’ health and safety protocols over the weekend.

Meanwhile, the largest outbreak is taking place in Chicago, where nine players have entered the Bulls’ health and safety protocols.

The Bulls are scheduled to play in Chicago against Detroit on Tuesday before visiting Toronto on Thursday. ESPN’s Adrian Wojnarowski says that “postponements” could be an option should the Bulls’ situation worsen.

The Bulls have nine healthy players for Tuesday's game vs. Detroit. One of the replacement players, Stanley Johnson, is in protocols. The Bulls need replacements for their replacements. As @BobbyMarks42 says, Bulls can continue to sign players under hardship waiver. https://t.co/LmAw01tICg

The NBA has yet to postpone any games this season.